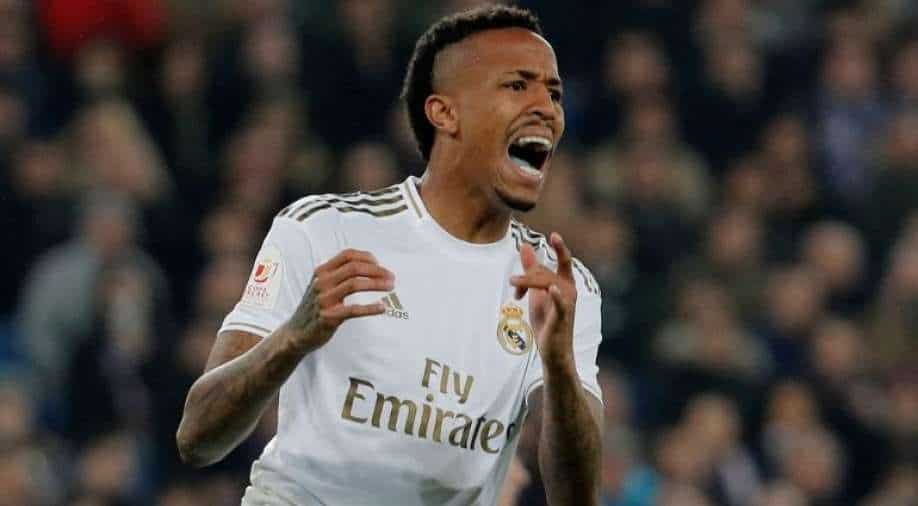 The 22-year-old centre-back has featured in three matches in the league and Europe this season.

The 22-year-old centre-back has featured in three matches in the league and Europe this season.

"All the other players and the technical staff from the first team, as well as all the employees of the club who work directly with them, tested negative in that same test," Real said in a statement.

"The club would like to confirm once again that everyone, with the exception of Eder Militao, tested negative in the antigen tests carried out that same morning."

As per UEFA guidelines, Militao has to test negative six hours before the game began. The game is set to take place in Santiago Bernabeu on Tuesday.

Real Madrid has had a bad start to this year's Champions League after a stunning loss to Shakhtar Donetsk earlier this month before drawing at Borussia Moenchengladbach last week.

Militao's absence is a big loss to Madrid as his Dani Carvajal, Alvaro Odriozola and Nacho are all struggling with fitness issues.