Premier League: Arsenal register an away win against Manchester United 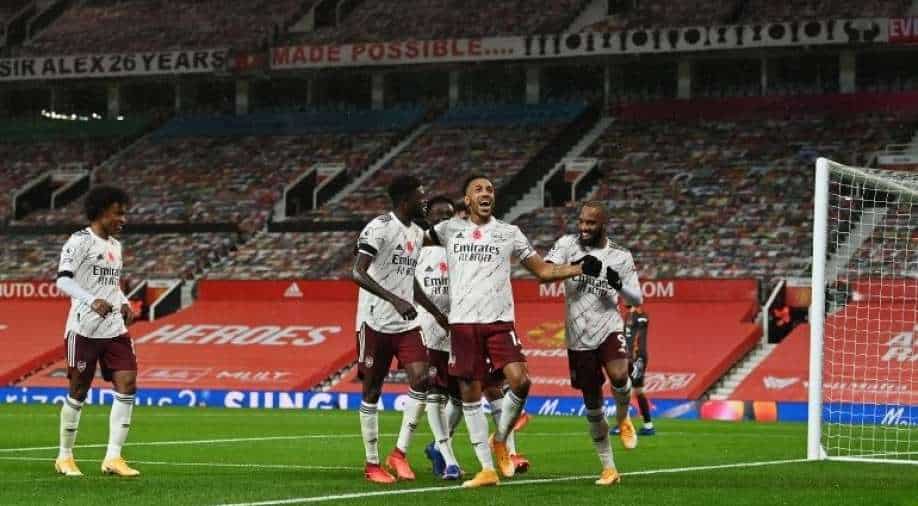 But Pogba’s ill-advised challenge decided the outcome and left Solskjaer with some more thinking to do about how best to organise his midfield.

Arsenal marked the end of their five-year wait to win a Premier League's away match against the 'Big Six' opposition after beating Manchester United at the Old Trafford on Sunday.

Pierre-Emerick Aubameyang second-half penalty gave them a 1-0 win against Solskjaer's side. According to the stats, the last time Gunners won an away game against the 'Big Six' was back in January 2015 against Manchester City.

It took Arsenal 29 games to finally win against 'Big Six' opponent. Manchester United disappointed their fans after an impressive win in the Champions League clash against RB Leipzig.

Ole Solskjaer’s 100th game as a Man Utd manager ended in a loss after Paul Pogba fouled Hector Bellerin which cost the 'Red Devils' a penalty which was converted by Aubameyang.

But Pogba’s ill-advised challenge decided the outcome and left Solskjaer with some more thinking to do about how best to organise his midfield.

“It’s hard to put your finger on it. It was disappointing from us. It was a cagey game, a game of few chances,” said United skipper Harry Maguire.