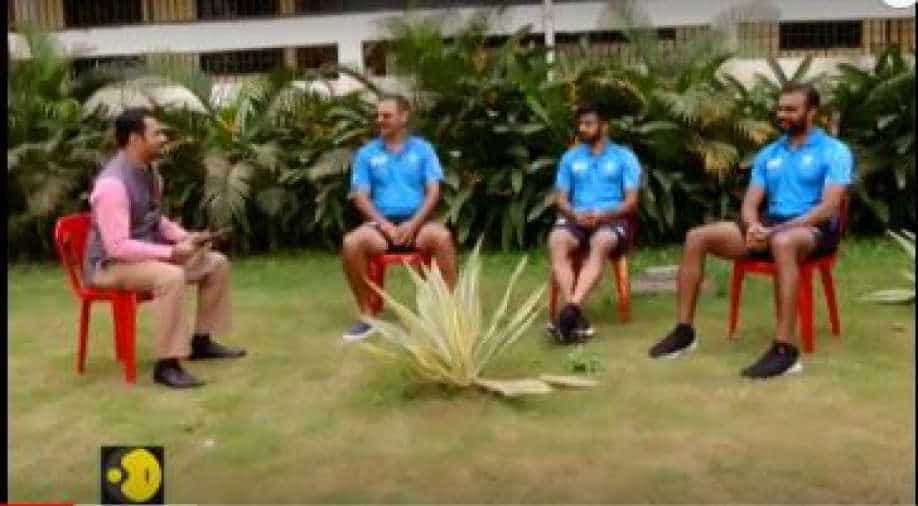 "We learned from our mistakes and improved ourselves. We worked with good coaches and we won in major tournaments. We are really improving and we are on the right track," said Indian hockey captain Manpreet Singh to WION.

Men's Hockey World Cup, considered the most important tournament in field hockey after the Olympics, is scheduled to take place in India from November 28th to December 16th.

Having previously organised the tournament in 1982 and 2010, India is ready to host the prestigious event again in Bhubaneswar, Odisha.

The excitement for the event is quite evident looking at the online ticket sales. The tickets sales for India matches have already been sold out.

"We can never take from any Indian is the emotion for hockey and hockey is always connected with to the heart," said the coach while speaking exclusively to WION.

India won the elusive gold just once in 1975, after that it has mainly been downhill for India as European teams dominated the scene. In the interview with WION's sports editor Digvijay, the coach said that it is the right place and right platform for every player to deliver their best on the field and win gold.

The wall of the Indian hockey team, goalkeeper Sreejesh said that the "the entire team is ready to take up this challenge" in the tournament where 16 countries are participating.

On being asked about the nervousness and anxiety of playing in front of the home crowd, Sreejesh said, "When you are surrounded by your own people, it gives you goosebumps."

He added that it is important to be nervous in such big tournaments as it helps players to deliver their 100 per cent.

Great banter and lots of laughter. The three main men of the Indian Hockey team like you have never seen them before.A special buildup to the 2018 @FIH_Hockey World Cup with @HarendraSingh66 @manpreetpawar07 and @16Sreejesh at 730pm on Tuesday on @WIONews @TheHockeyIndia pic.twitter.com/tA9CHLa7SY

Indian hockey has been through a bad phase when the team struggled on the pitch but in recent years, the young players have proved their mettle winning several medals, including the Champions Trophy and bronze in Asian Games at Jakarta recently.

"We learned from our mistakes and improved ourselves. We worked with good coaches and we won in major tournaments. We are really improving and we are on the right track," said Indian hockey captain Manpreet Singh to WION.

"We need to believe that we can do anything. We need to focus on ourselves and believe in ourselves," he added.

For the World Cup, India are placed in Pool C with Belgium, Canada and South Africa and will play their first match against South Africa on the inaugural day, i.e. November 28.