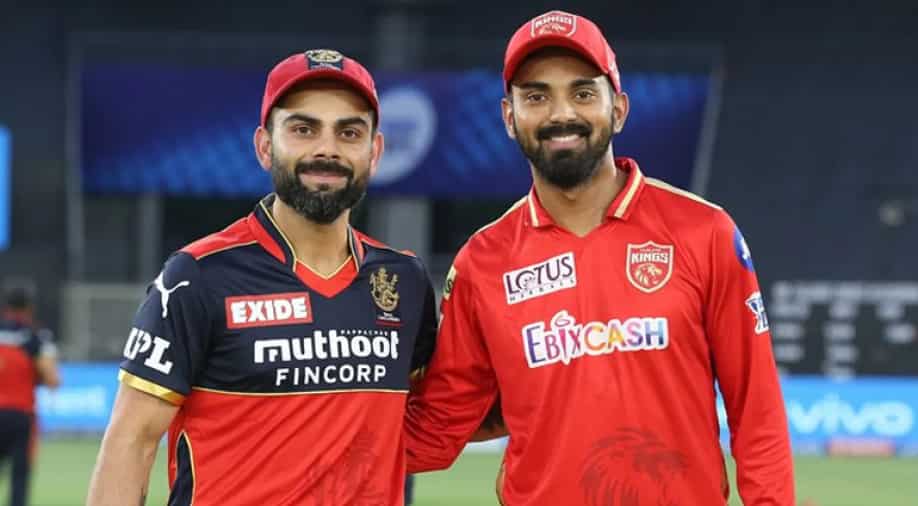 RCB will take on PBKS in a bid to secure a spot in the playoffs on Sunday. | Photo - IPL | Photograph:( Others )

Royal Challengers Bangalore will be looking to secure a spot in the playoffs when they take on Punjab Kings in IPL 2021 on Sunday. Here is our prediction for the all-important clash.

Virat Kohli-led Royal Challengers Bangalore (RCB) will be looking to secure a spot in the IPL 2021 playoffs when they lock horns with KL Rahul-led Punjab Kings (PBKS) at the Sharjah Cricket Stadium in Sharjah on Sunday (September 03). RCB are currently placed third on the points table with 14 points from eleven matches and a win against Punjab Kings will confirm their berth in the playoffs this season.

RCB, who are aiming to win their maiden IPL title this season, can qualify for the playoffs for the second successive time this year if they come out on top against Punjab, who have once again endured a shambolic campaign. PBKS are currently sitting at the fifth spot on the points table with ten points from 12 matches and desperately need a win to stay alive in the race for the playoffs.

Punjab Kings had defeated RCB by five wickets in the first meeting between the two sides in Ahmedabad earlier this season and will be looking to repeat the feat in Sharjah on Sunday. If PBKS manage to pull off a double against RCB this season, they will remain in the race for playoffs with one game in hand.

RCB vs PBKS today match prediction: Royal Challengers Bangalore's middle-order came to the party against RR with Glenn Maxwell slamming a brilliant half-century. Their top-order has been firing this season and the bowling unit has also delivered improved performances over the last few games. With two wins in their last two games, RCB also have the momentum on their side and should become the third team to make it to the playoffs of IPL 2021 on Sunday.