He has the x-factor like Chris Gayle: Ajay Jadeja lauds Indian youngster for setting IPL 2021 alight 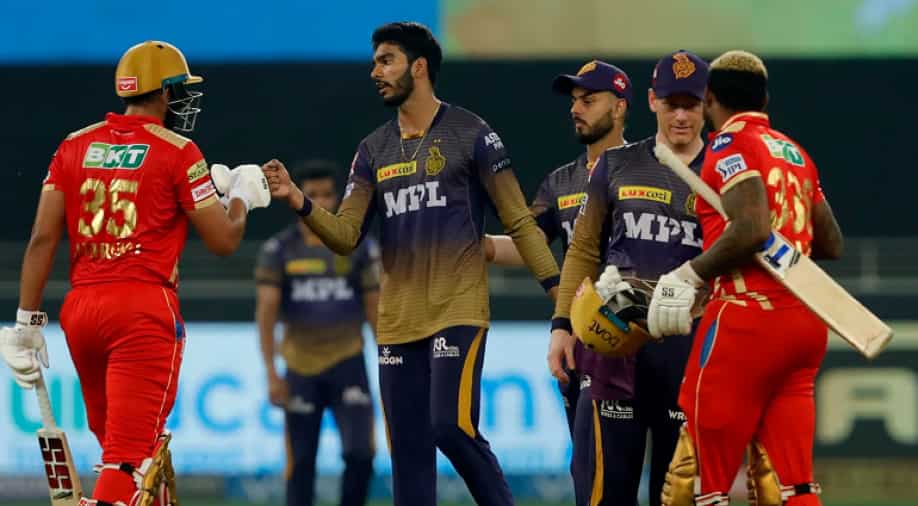 Ajay Jadeja lauded a KKR youngster for his impressive show in IPL 2021. | Photo - IPL | Photograph:( Others )

Former India cricketer Ajay Jadeja has lavished praise on Kolkata Knight Riders (KKR) youngster Venkatesh Iyer, who has taken the UAE leg of the season by a storm with his brilliant performances. Drawing parallels with Gayle, Jadeja said Iyer's batting reminded of the veteran West Indies batsman who is known for his explosive hitting.

Iyer, who made his debut for KKR in the ongoing UAE leg of IPL 2021, had announced his arrival in style with an unbeaten 41 against RCB in his side's first game of the second leg before notching up a half-century against Mumbai Indians in the next encounter.

Iyer continued his stellar run on Friday and slammed a brilliant 67 in KKR's last encounter against Punjab Kings. Reacting to his tremendous power-hitting against PBKS, Jadeja said his batting style reminded him of a young Gayle, who used to go after the opposition bowlers irrespective of the playing conditions.

“[He is] free-flowing. We talked about Chris Gayle, not that I am comparing him with Gayle or saying that Iyer plays like him, but his mould is somewhat like Gayle,” Ajay Jadeja said on Cricbuzz.

“Now he is 42, but in his younger days, Gayle had the X-factor in him. When he used to bat, it seemed that he can bat at will, no matter what the conditions or the pitch are. For other batters, you might say, ‘the track is slow, scoring might be difficult', but all that did not apply to Gayle. He [Venkatesh Iyer] is just like that,” he added.

Iyer's 67 off 49 delivereies was laced with nine fours and a solitray six as he helped his side post 165/7 on the board in 20 overs. However, his efforts went in vain as Punjab Kings chased down the target with three balls to spare and remain alive in the race for playoffs.

Iyer has so far amassed 193 runs in just five matches for KKR while also picking up three wickets to establish himself as one of the ragular starters in the playing XI.