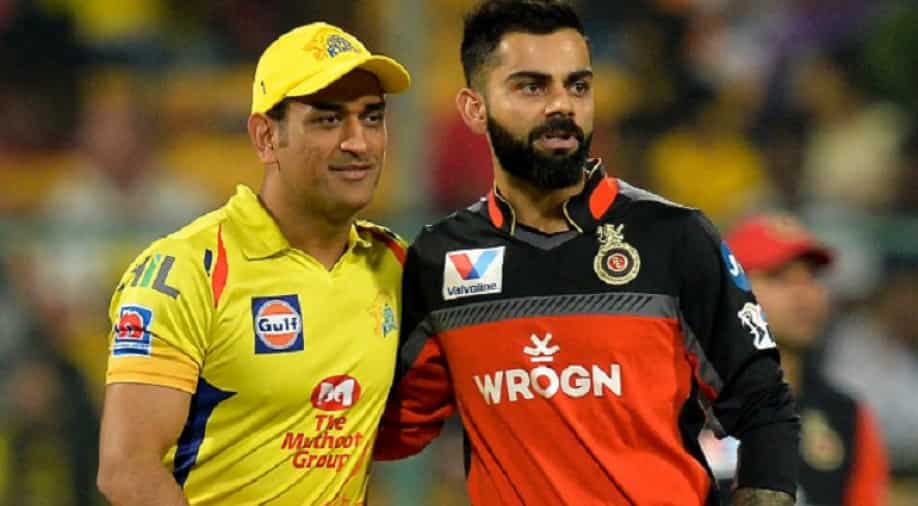 MS Dhoni and Virat Kohli have enjoyed some memorable duels in the IPL over the years. Can today be the last of what has been an epic rivalry between the two captains?

Chennai Super Kings (CSK) and Royal Challengers Bangalore (RCB) will resume their rivalry in the Indian Premier League (IPL) 2021 at the iconic Sharjah Stadium in Sharjah on Friday (September 24). The blockbuster encounter is expected to be a historic one with MS Dhoni and Virat Kohli potentially enjoying their final duel as captains in the IPL.

Kohli has already announced that he will be stepping down as the RCB captain after the conclusion of IPL 2021 in UAE, while Dhoni's future beyond the current season in the cash-rich league remains uncertain. Dhoni, who has already retired from international cricket, is in the final lap of his illustrious career and might draw curtains on his IPL career post this season.

The RCB skipper had earlier confirmed he will also relinquish team India's T20 captaincy after the T20 World Cup 2021 but his decision to step down from RCB captaincy had come as a shock to many. If Kohli decides not to return to captaincy again or Dhoni retires from all forms for cricket after the 2021 season, Sharjah can be witness to a historic final captaincy duel between the two icons of Indian cricket on Friday.

Kohli and Dhoni might lock horns against each other once again later this season if their teams manage to make it to the playoffs, however, that remains an uncertain possibility considering the competitive nature of the sport. Thus, fans will be eager to soak the most of what has been an epic rivalry between the two enigmatic personalities as their teams go up against each other in Sharjah.

Dhoni and Kohli are two of the most popular superstars in the history of IPL, commanding a staggering fan base across the globe. While Dhoni has outshone Kohli in captaincy, the RCB skipper has been the better batsman over the last few seasons in the IPL.

Dhoni has been one of the most successful captains in the history of the Indian Premier League with 104 wins to his name in 174 matches. He has led CSK to three IPL titles and a staggering eight finals. Kohli has 49 wins to his name in 100 matches as captain and is yet to win his maiden IPL title with RCB.

When it comes to weaving magic with the willow, run-machine Kohli comfortably outclasses Dhoni. The RCB skipper has 5412 runs in 177 matches as captain while Dhoni has so far managed to amass 4432 runs in 190 matches as a skipper. Kohli is also the leading run-getter in the history of IPL with 6081 runs in 200 matches at a brilliant average of 37.77.

The much-awaited clash between RCB and CSK in Sharjah on Friday might potentially be the final time Kohli and Dhoni take the field against each other as captains of their respective sides in the IPL. CSK have enjoyed a stellar dominance over RCB with 17 wins and 9 losses in 26 meetings, but it remains to be seen who will come out on top in the last dance between the two greats.