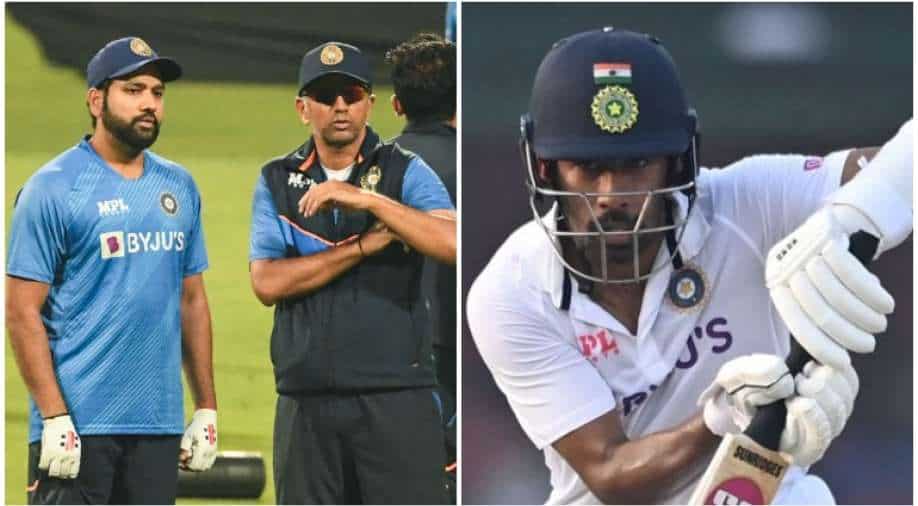 Aakash Chopra feels Rahul Dravid's communication with Wriddhiman Saha have been presented in a way as if he told the latter to retire, which was refused by the 37-year-old keeper-batter.

Wriddhiman Saha's omission from India's Test squad for the forthcoming Sri Lanka series has gained maximum eyeballs. Not only Saha, the senior pros such as Cheteshwar Pujara, Ajinkya Rahane and Ishant Sharma have also been dropped from the squad for the red-ball assignment versus Sri Lanka at home, starting on March 04.

However, Saha's non-selection made news as his explosive claims, in an interview with Sportstar, revealed the head coach Rahul Dravid had told him that the team management is looking to groom a youngster in his place whereas BCCI chief Sourav Ganguly had assured him of his spot after the New Zealand home series. Many have reacted to Dravid's chat with Saha -- after the revelation from the keeper-batter. Thus, former Indian opener-turned-commentator Aakash Chopra has also joined the bandwagon.

Chopra feels Dravid's communication with Saha have been presented in a way as if he told the latter to retire, which was refused by the 37-year-old keeper-batter.

What did Dravid tell Saha?

Wriddhi, I don't know how to say this, but for some time now the selectors and the team management have been wanting to look at a new face. Because you are not our first-choice wicket-keeper, because you haven't been playing for a while, we want to use this time to groom a younger wicket-keeper," were reportedly the exact wordings from the head coach to the gloveman.

"It was twisted and presented that Rahul Dravid told Wriddhiman Saha to retire and the latter said that he is not going to, it is his wish when he should retire. Firstly, that is not the case. The truth is that Rahul Dravid was absolutely honest and honesty is at the top," said Chopra in a video on his YouTube channel.

After India's T20I series versus West Indies, Dravid also reacted to the whole matter and said, "I'm actually not hurt at all. I have deep respect for Wriddhi and his achievements and his contribution to Indian cricket. My conversation came from that place. I think he deserved honesty and clarity. It's about conversations I constantly have with players. I don't expect players to always agree with everything I say about them."