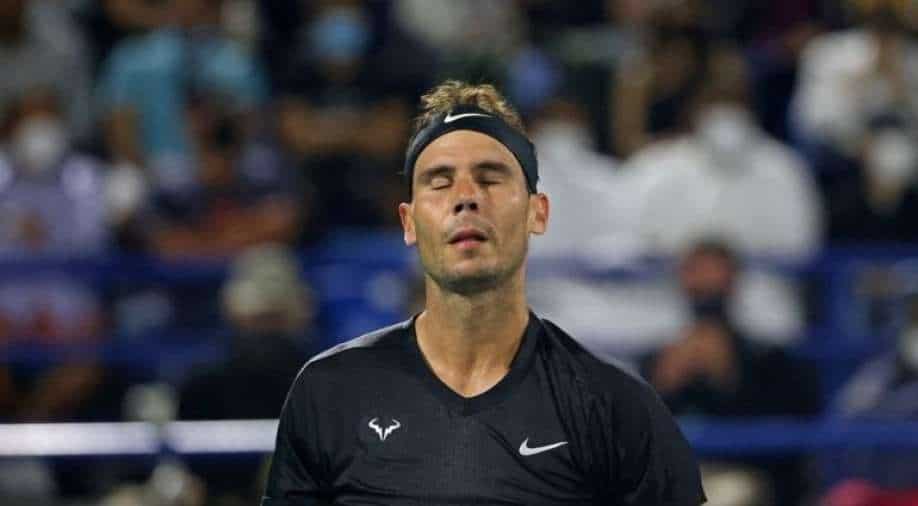 After the defeat in the Indian Wells final, the 35-year-old Rafael Nadal took to his Twitter handle to share an update on his fitness. Here's what he wrote:

Rafael Nadal, who has been in terrific form in the calendar year, has been dealt with a huge blow. The Spaniard has been ruled out of action for six weeks due to a stress fracture as the veteran player announced the news on Tuesday evening (March 22).

So far in 2022, Nadal has won the Australian Open and recently saw his 20-match unbeaten streak come to an end with a loss in the final of this year's Indian Wells Masters to Taylor Fritz 3-6 6-7 (5-7) on March 20 (Sunday). Soon after the summit clash defeat, the 35-year-old took to his Twitter handle to share an update on his fitness with his fans worldwide:

Nadal wrote on Twitter, "Hello everyone, I wanted to announce that I have returned to Spain and I immediately went to visit my medical team to do the tests after the Indian Wells final that I played with discomfort.

"As it turns out, I have a stress crack in one of my ribs and will be out for 4-6 weeks. This is not good news and I did not expect this. I am sunk and sad because after the start of the season I have had such a good time.

I reached a very important part of the year with very good feelings and good results. But hey, I've always had that fighting and overcoming spirit and what I will do is be patient and work hard after my recovery. Once again thank everyone for the support," he added.

This is a huge blow for Nadal and his ardent fans ahead of the clay-court season. For the unversed, the French Open 2022 will get underway on May 22. Hence, the World No. 3 player still has time to recover but will be desperate to regain full fitness in order to try and further extend his Grand Slam tally. In January 2022, he became the first male tennis player to win 21 Grand Slam titles.