Quique Setien's job in danger as Barcelona continue to disappoint 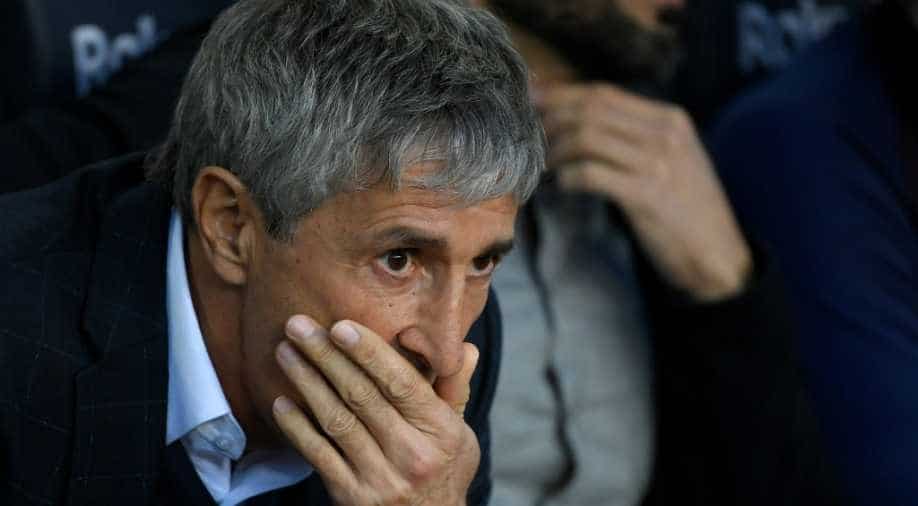 Barcelona are set to sack manager Quique Setien after the completion of 2019-20 season unless the Catalan club experiences a dramatic change in fortune.

Barcelona are set to sack manager Quique Setien after the completion of 2019-20 season unless the Catalan club experiences a dramatic change in fortune. Setien was hired in January after the removal of Ernesto Valverde but has struggled to manage the Barcelona dressing room full of superstars. The Barcelona board is also irked by the recent dip in form.

According to reports, Setien will lose his job should Barca fail to defend the La Liga or lose out in Champions League in the coming months. The 61-year-old was handed a two-and-a-half-year contract earlier in 2020.

The former Real Betis coach seems to have lost the dressing room where megastars hold a notable influence. It is even reported that players have been left confused by his tactics and handling of players. Setien’s assistant – Eder Sarabia – is also reportedly an unpopular figure within the squad.

A video clip of Lionel Messi openly ignoring instructions from Sarabia during Barcelona’s 2-2 draw against Celta Vigo went viral which fueled speculations that all is not well within the Barca squad. Reportedly, there was a heated dressing room bust-up after the game as Real Madrid took a two-point lead in the La Liga race with just six games remaining.

However, Setien could manage to hold on to his job given Barcelona lift both La Liga and UCL.

It is believed that former midfielder Xavi is leading to take over the charge from Setien. Barcelona B team boss Xavi Garcia Pimienta is touted to be another replacement for Setien.

Barcelona looked lacklustre in their 2-2 draw against Celta Vigo. Nolito had a clear chance to win it for Celta in the dying minutes for the Spanish forward failed to convert the chance to hand a defeat to Barca.