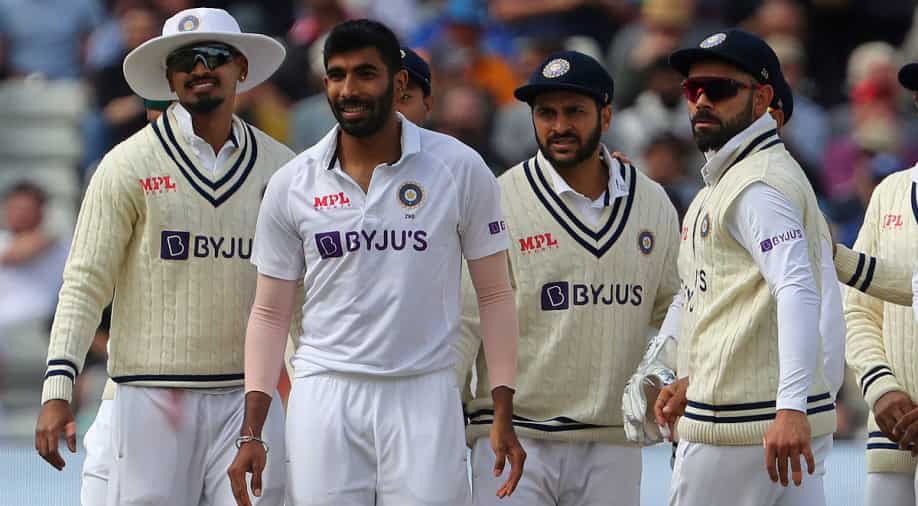 Former England captain Kevin Pietersen slammed premier Indian pacer Jasprit Bumrah for his poor tactics with the ball during England's second innings on Day 4 of the ongoing rescheduled fifth Test between the two sides at Edgbaston. After handing England a tricky target of 378 runs in their second innings, Indian bowlers were expected to trouble the England batters and keep them at bay.

However, the hosts dominated the proceedings as the openers Alex Lees (56) and Zak Crawley (46) got the team off to a good start with a 107-run stand for the first wicket. England then went on to lose three wickets in quick succession after Crawley and Lees' partnership but Joe Root and Jonny Bairstow got the hosts back into the game with an unbeaten stand for the fourth wicket.

Indian skipper Bumrah broke the partnership between Crawley and Lees, and also sent Ollie Pope packing on a duck to revive India's chances in the game after the 107-run opening stand but he failed to find support from other Indian bowlers. Root and Bairstow continued their onslaught as India struggled to pick wickets with England cruising towards the target.

Pietersen, who is a huge admirer of Bumrah as a bowler, criticised the Indian skipper for failing to get his tactics right against Root and Bairstow during England's second innings. Pietersen reckoned it had become too easy for the England duo to steal singles and the Indian pacer didn't trouble them at all.

"I don't think Bumrah got his tactics right today at all, and I say that with the greatest deal of respect," Pietersen said on Sky Sports post stumps on Day 4.

"There is no way with a reverse swinging ball that he should make it that easy for the batter, because the batter is trying so hard to decipher which way that ball is swinging. When it's reverse swinging at 90mph, the nicest place to bat is at the non-strikers end, and the ability to get to the non-strikers end as easily as they did this afternoon, it's too easy," he added.

With England requiring only 117 runs to win on Day 5, Pietersen suggested Bumrah and the other Indian bowlers to not repeat their mistakes. Nonetheless, England remain absolute favourites to win the Test match after their solid batting display in their second innings.

"They had long off and long on, and that was pure madness. For half an hour that was pure madness. Even for the last 15-20 minutes of the day's play, pull them right in, say 'Jonny, if you're good enough to hit me over the head, please do it,' hope they don't do it tomorrow morning, but for England's sake, absolutely, let them spread them as far as they want," said Pietersen.