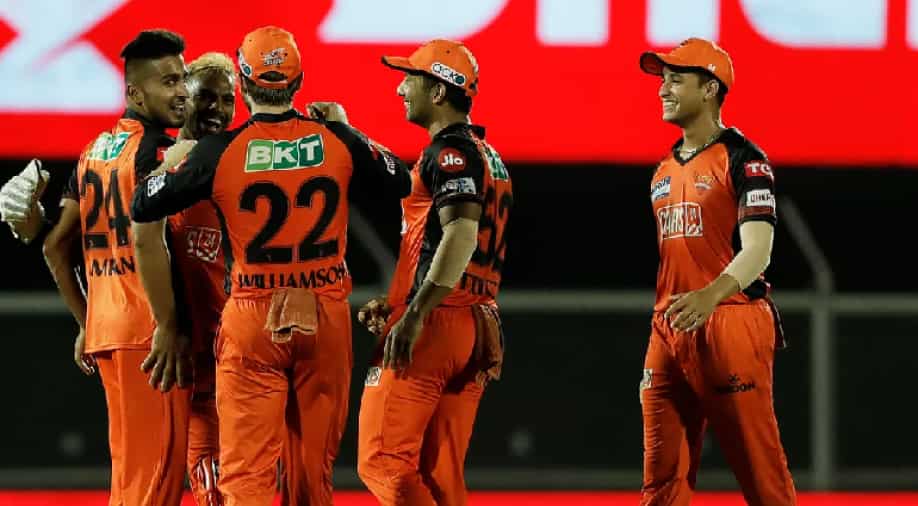 Sunrisers Hyderabad will be looking to continue their winning run against PBKS. | Photo - IPL | Photograph:( Others )

Sunrisers Hyderabad will be looking to continue their unbeaten streak when they lock horns with Punjab Kings in IPL 2022 on Sunday. Here is all you need to know about the game.

Sunrisers Hyderabad (SRH) and Punjab Kings (PBKS) will both aim to continue their winning run when they lock horns in the ongoing Indian Premier League (IPL) 2022 on Sunday (April 17). SRH are currently on a three-match winning streak having won their last three games in a row after facing back-to-back defeats in their first two matches of the season.

Punjab Kings kicked off their campaign with a thrilling win against Royal Challengers Bangalore before slipping up against Kolkata Knight Riders in their next game. They have since recorded two wins and a defeat in their last three matches, including a 12-run victory against Mumbai Indians in their last game.

Both teams will be heading into the clash on a confident note having won their respective last matches. In their last game against KKR, T Natarajan and Umran Malik impressed with the ball for SRH while Rahul Tripathi played a sensational knock of 37-ball 71 to announce his arrival in the tournament.

While opener Abhishek Sharma and skipper Kane Willaimson have already made crucial contributions with the willow, Tripathi and Aiden Markram's form in the middle is a huge boost for SRH. Batting has also been the strength of Punjab Kings so far this season with the likes of Liam Livingstone, skipper Mayank Agarwal, Jonny Bairstow and Odean Smith in their ranks.

It will be interesting to see if Punjab Kings will continue their aggressive approach against SRH pacers, who have been among the wickets this season. Kagiso Rabada's form with the ball will be key for the Mayank-led side, who have struggled to contain runs in the death overs.

Here is all you need to know about PBKS vs SRH clash in IPL 2022:

Punjab Kings batters have spared no bowling attack this season and have looked to go after the bowlers right from the start of the innings. They have the best run rate of 10.17 in the Power Play so far this season and will be looking to maintain that against SRH.

SRH pacer T Natrajan has had a remarkable rdemption with the new ball this season. The left-arm fast bowler had only three wickets to his name in Powerplay in IPL before the ongoing 2022 season. He has picked up 4 wickets in the Powerplay in five matches this year and can be a threat for Punjab openers.