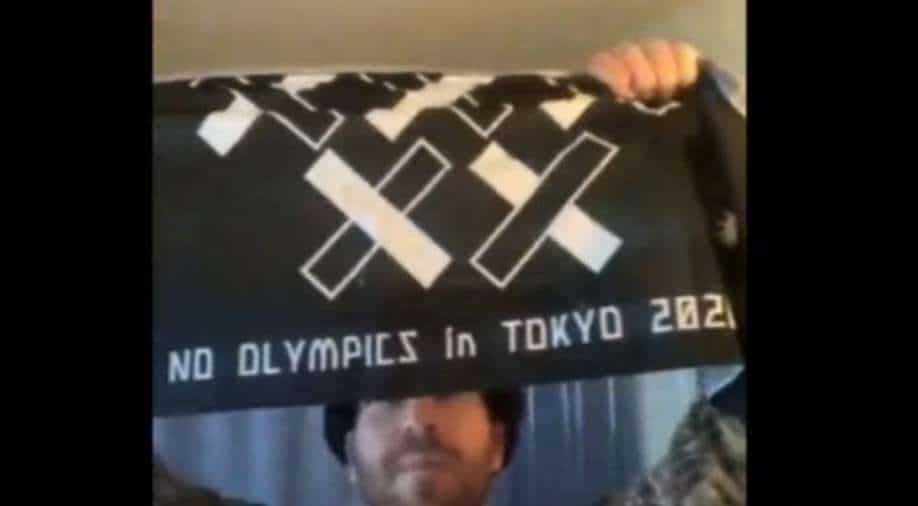 A protestor disguised as a journalist gatecrashed the International Olympic Committee (IOC) virtual press conference on Wednesday as he unfurled a banner while shouting profanities and repeating anti-Olympic messages.

A protestor disguised as a journalist gatecrashed the International Olympic Committee (IOC) virtual press conference on Wednesday as he unfurled a banner while shouting profanities and repeating anti-Olympic messages.

The man was given the opportunity to ask the last question of the press conference after the remote meeting of the IOC Executive Board. He straightaway raised a banner to the camera, which red “No Olympics in Tokyo” and went on to repeat "no Olympics anywhere" and "f*** the Olympics".

"No Olympics anywhere," the man said.

The protestor was cut by IOC’s Presidential spokesperson Mark Adams and the organization later deleted the video of the incident in the press briefing.

Tokyo 2020 was the main focus of the meeting as Adams insisted the quadrennial event will go ahead as scheduled despite the state of emergency in Japan due to the rising cases of COVID-19 and dismal public support to host the event in the capital.

Tokyo 2020 president Seiko Hashimoto said: "There is slander on social media directed toward athletes and individuals, creating a lot of anxiety for them and it pains my heart. They should not criticise the athletes, they should criticise me the president of the organising committee."

"I personally can't stand that the criticism and calls to cancel or boycott the Olympics are being aimed at the athletes themselves. The athletes should be able to attend the Games with confidence but they're not able to voice that. So we need to ensure we have the proper measures in place to make the Olympics comfortable for athletes,” she added.