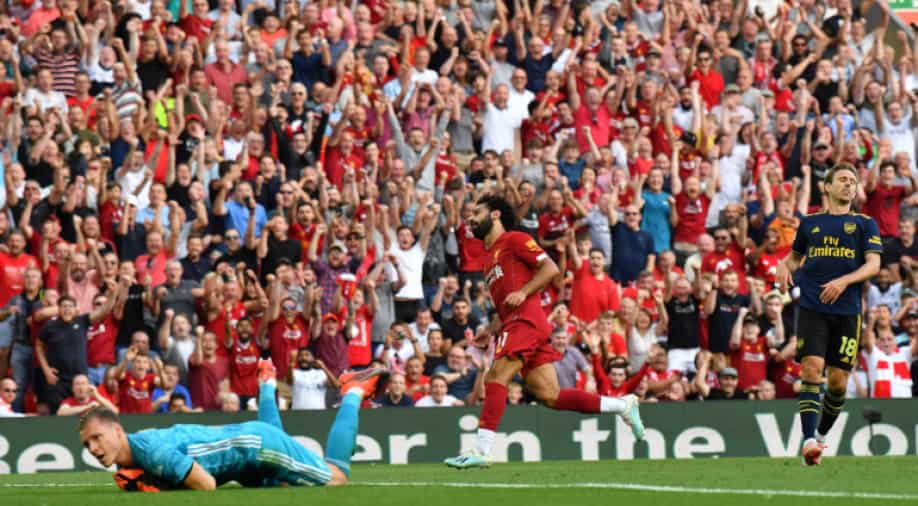 The Premier League has welcomed the British government's announcement on the easing of lockdown restrictions amid the COVID-19 pandemic and Richard Masters said it is their priority to have full stadiums next season.

The Premier League has welcomed the British government's announcement on the easing of lockdown restrictions amid the COVID-19 pandemic and Chief Executive Richard Masters said on Monday it is their priority to have full stadiums next season.

The government said in February that under the third stage of its four-stage "roadmap", stadiums would - if all conditions are met - from May 17 be allowed to hold up to 50% of their capacity, or 4,000 people, whichever is lower.

A special provision will be made for large outdoor, seated venues, so that they can open their doors to up to 10,000 people or 25% of the capacity, whichever is lower.

Prime Minister Boris Johnson confirmed on Monday the roadmap would progress as planned.

"It'll be brilliant to see fans back. They've been hugely missed and the Premier League hasn't been the same without them. Their presence will ensure a fantastic finale to the end of our season," Masters said.

Matches in England's top-flight have taken place behind closed doors since June, apart from a brief window late last year when small crowds were allowed before a resurgence of COVID-19 cases.

The Premier League said last week attendance for the penultimate round of matches to be played on May 18-19 and the final day May 23 would be restricted to home fans.

"Although only a small number of home fans will be at our matches next week, this is an important step in our return to normality," Masters added.

"We'll continue to work with the government and other authorities as our priority is to have full vibrant stadiums – including away supporters - from the start of next season. Only then will we get back to the real Premier League."

A crowd of 8,000 watched Manchester City beat Tottenham Hotspur in the League Cup final on April 25, while this weekend's FA Cup final is expected to have 21,000 fans present.