Prajnesh moves to quarterfinals of Ningbo Challenger in China 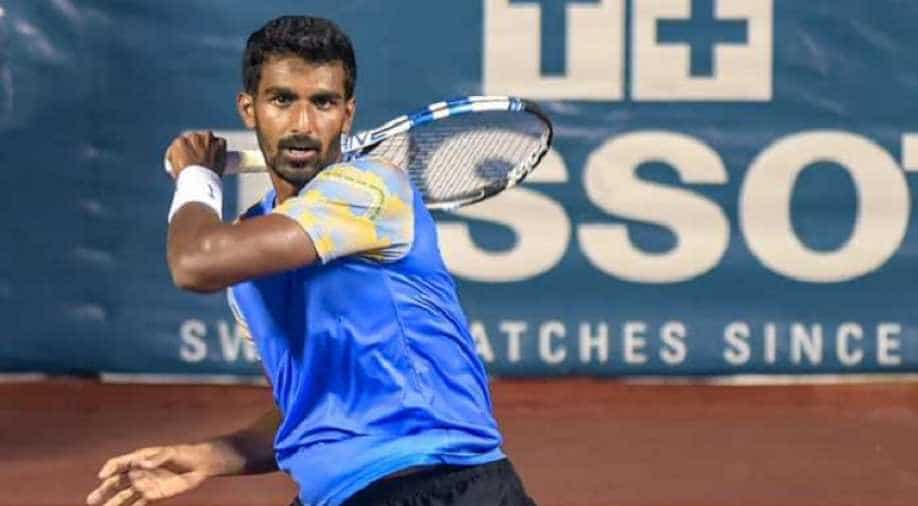 After a sound start, the Chennai southpaw struggled to keep focus but regrouped for 6-3 2-6 7-6(0) win in the second round against his Chinese opponent.

Prajnesh Gunneswaran, the lone Indian surviving in the singles main draw, quelled a late challenge from Zhe Li to book a quarterfinal berth at the Ningbo Challenger on Wednesday.

After a sound start, the Chennai southpaw struggled to keep focus but regrouped for 6-3 2-6 7-6(0) win in the second round against his Chinese opponent.

"I played a good first set but started badly in the second. I was not focussed. The third set was very close. I had the break but was unlucky to lose that game at 5-4. There was net chord on one point and my string broke on another, so I was 0-30. But I played a very good tie break. I was aggressive and there were no errors," Prajnesh told PTI, reflecting on the match.

Prajnesh is the only Indian left in the singles main draw. His compatriots Ramkumar Ramanathan, Sumit Nagal and Saketh Myneni had all exited in the first round.

The 28-year-old, who had won Kunming Open in Anning in April, next faces Yunseong Chung, who knocked out Ramkumar in the opening round.

Ramkumar and Nagal crashed out of the men's doubles too following their first-round defeat but the pair of Myneni and N Sriram Balaji advanced to the quarterfinals.

Balaji and Myneni outplayed Hiroki Moriya and Rubin Statham 6-0 6-3 in the first round.