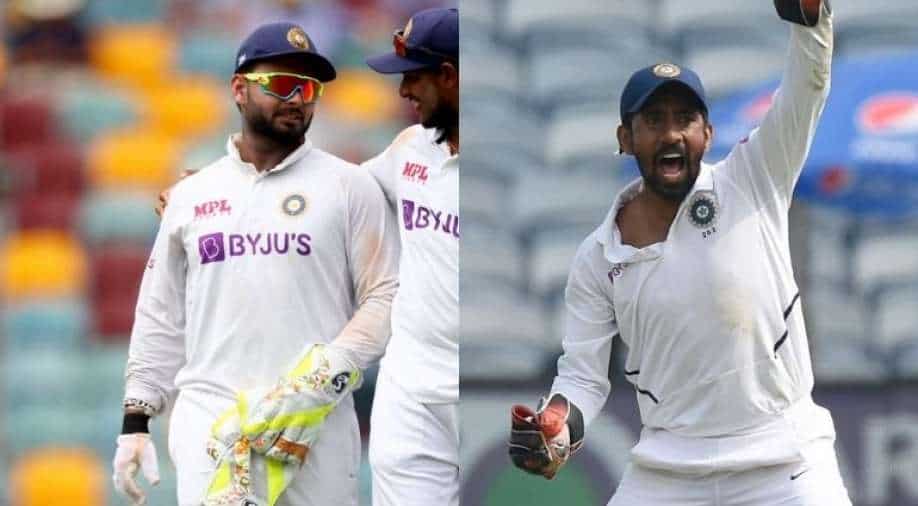 Butt also pointed that it is a "very positive sign" for Indian cricket as players do not feel insecure.

Few days ago, Indian wicketkeeper Wriddhimman Saha said that Rishabh Pant should be the team's first-choice keeper in England after playing well in the last few matches for Team India. Former Pakistan skipper Salman Butt has lauded Wriddhiman Saha for his statement and approach.

"Such things come out when you are true professionals. This is not an easy thing. Hats off to Wriddhiman Saha. I know him, we played together for the Knight Riders in the inaugural IPL. He is a very down-to-earth guy and he has said a fantastic thing. It shows his nobility, that he has spoken like that," said Butt.

Butt also pointed that it is a "very positive sign" for Indian cricket as players do not feel insecure.

"I see this as a very very positive sign for Indian cricket. This means whatever systems and policies they have, they have been successful to a large extent that their players don't feel insecure," said Butt.

"When you don't feel insecure and you don't have hesitation in saying what is better for the team, that means your system, policies and grooming have won because you realize that you are also there but at the moment the other person is better and should play," signed off Butt.

In an interview with Sportskeeda, Saha had said: “Rishabh Pant played the last few matches of the World Test Championship, he’s done well and he should be our first-choice keeper in England. I would just wait, and if any opportunity arises, I will give my best. I will keep practising for that one chance.”

Wriddhiman Saha is in the squad that will tour to England for the highly-anticipated World Test Championship Finals against New Zealand, followed by five-match Test series against Root and Co. The player from Bengal was down with COVID-19, however, he has recovered and is set to join the squad in the pre-departure bio-bubble in Mumbai next week. BCCI on Thursday had announced Andhra wicketkeeper-batsman KS Bharat as the 25th member which was supposedly a cover for Wriddhiman Saha.