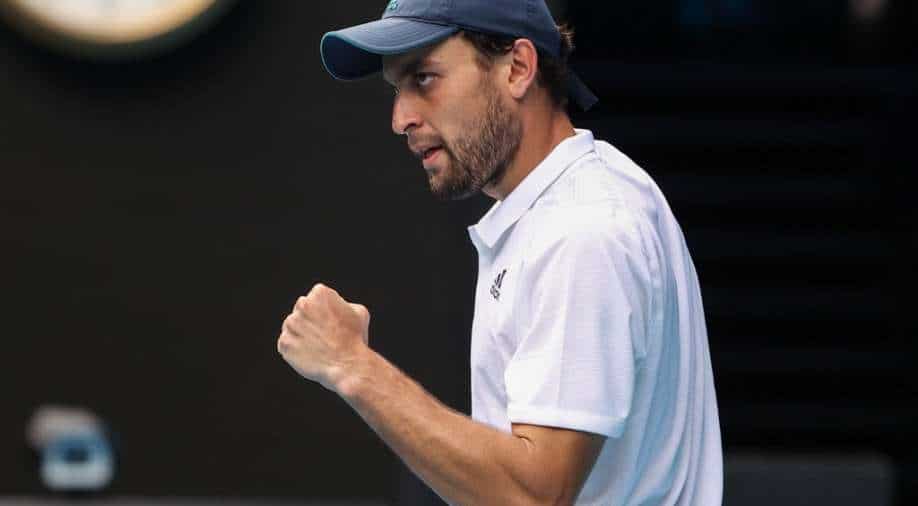 Russian qualifier Aslan Karatsev said he now felt he could play anyone after his sensational Australian Open run was finally halted by top-ranked Novak Djokovic in the semi-finals on Thursday.

Russian qualifier Aslan Karatsev said he now felt he could play anyone after his sensational Australian Open run was finally halted by top-ranked Novak Djokovic in the semi-finals on Thursday.

After knocking out three seeds on his Grand Slam debut, it took eight-time champion Djokovic to stop Karatsev and prevent him from creating more history by reaching the final.

"That I can play with everyone," he said, when asked what he had learned from the Melbourne tournament.

"To be there and to compete with everyone. I think it'll help me a lot during my career... It gives me more experience, more confidence."

Thursday's defeat ended a tennis fairy-tale, after Karatsev became the first man in the Open era to reach a Grand Slam semi on debut.

He was also the lowest-ranked player to reach a major semi-final since Goran Ivanisevic, then the world number 125, at Wimbledon in 2001.

Djokovic, however, was a different matter.

"There is a huge level, the difference is really big," said the Vladikavkaz native.

"He doesn't give you free points. On my serve it's like every point you have to take, you have to play the rally.

"On my service games there's always rallies, rallies. He served well all the match. Yeah, you're under pressure."