Playing behind closed doors will expose players' ugly and dirty side: Sunil Chhetri 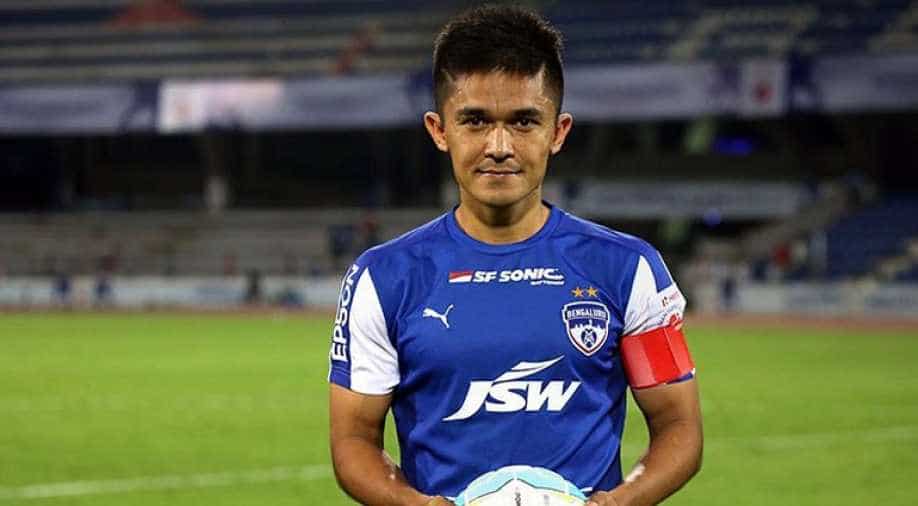 While mentioning about the issues of playing behind the closed doors, Chettri said that some players like to play aggressive and abuse during the game, so it could be a huge problem for the players as their "vocabulary" will get exposed.

As the sporting events across the globe are set to resume, they will be conducting matches without fans on the stand as a measure to contain coronavirus pandemic. But the Indian football captain Sunil Chettri has shown a big concern over playing matches behind closed doors as it could bring out "ugly and dirty" side of the players.

The captain of Bengaluru FC of the Indian Super League (ISL) has not begun training with his team and was doubtful about the play. But after noticing the play in Bundesliga and K-League in South Korea, Chhetri asked the federation to take tips from them by conducting regular checks and practising social distancing.

During a live web seminar conducted by NGO Yuva, which included Rahul Dravid, PV Sindhu, Anjum Mougdil and Zaheer Khan, Chhetri said: "The Korean League and Bundesliga are checking every player every single day before he trains. When they go to the match, they have already been tested that they have no virus. But you never know because some can be asymptomatic. That's why, for the second layer of protection, they are saying don't hug each other, don't spit and stuff like that."

While mentioning about the issues of playing behind the closed doors, Chettri said that some players like to play aggressive and abuse during the game, so it could be a huge problem for the players as their "vocabulary" will get exposed.

He said: "These superstars [Sindhu and Moudgil] play a game very nicely and they are very well-behaved, they don't abuse."

"So if there are no fans, people will get to know our vocabulary of abuses. We utter nonsense, but we are allowed to say anything, except to the referee. We are dirty, we are ugly. If the fans are there, they are loud, and it [the abuse] all gets subdued. But if they're not there, my god! (sigh)."