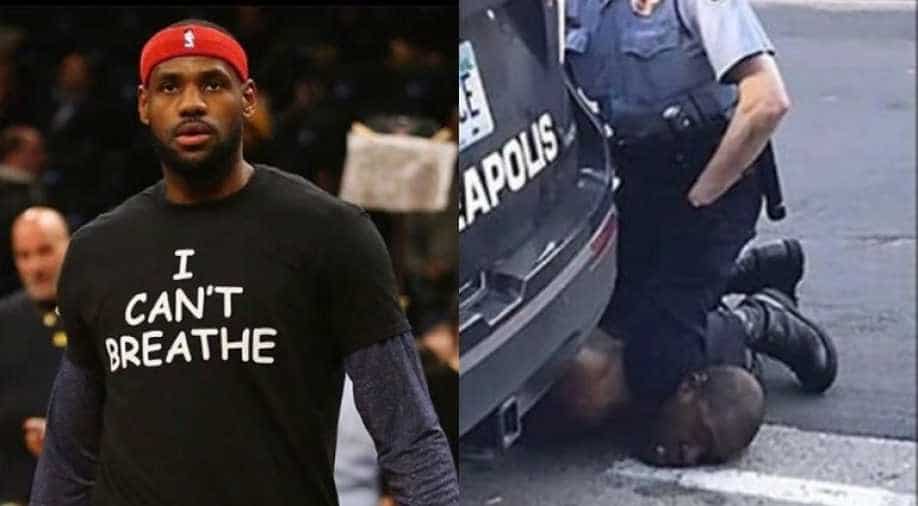 The Los Angeles Lakers captioned it:  “Do you understand NOW!!??!!?? Or is it still blurred to you?? #StayWoke”.

LeBron James has become the latest high-profile athlete who took to social media to react on the death of an unarmed black man who had his face down as a white officer knelt on his neck for several minutes.

On Monday, a black guy named George Floyd was handcuffed by police officers in Minneapolis and while doing it one of the officers placed his knee over the man's neck. George kept on saying, "Please, I can’t breathe, please, man.” But the officer stayed which resulted in George getting choked to death. After that incident, four Minneapolis officers were fired.

The four-time NBA Most Valuable Player made a series of posts on Instagram lashing out on the officers for their racist act. He posted a photo of Colin Kaepernick, former NFL quarterback who kneeled during US national anthem in the game to protest against racial discrimination.

The Los Angeles Lakers captioned it:  “Do you understand NOW!!??!!?? Or is it still blurred to you?? #StayWoke”.

“This inflicted Pain but it will never inflict FEAR… sorry, were not made like that! #BlackMenMatter,” she added.