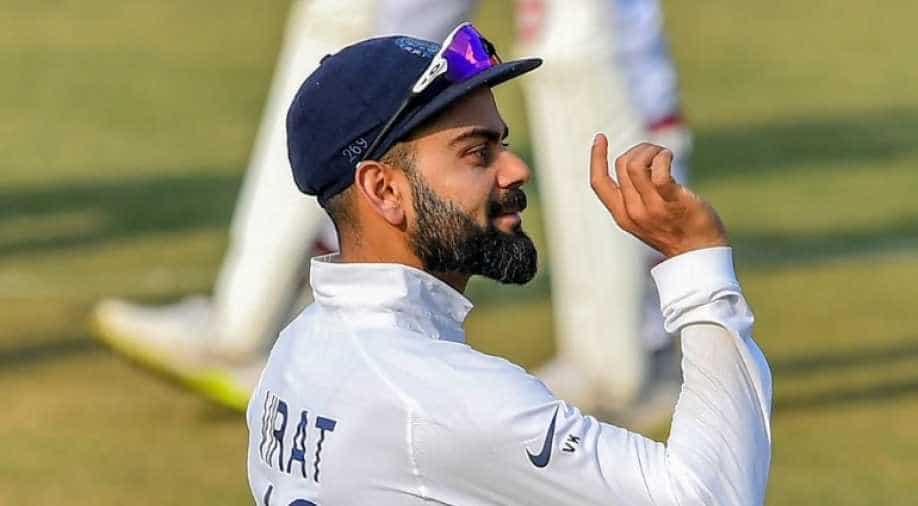 The Bangladesh prime minister was introduced to both teams in the presence of the West Bengal chief minister and cricket legend Sachin Tendulkar.

Bangladesh won the toss and chose to bat first in the second Test which will be the first day/night encounter of the larger format to be played in India.

The match billed as the "pink-ball Test" since it will be played with a pink ball is being watched by Bangladesh PM Sheikh Hasina and West Bengal chief minister Mamata Banerjee with Kolkata decked in pink ahead of the match.

The Bangladesh prime minister was introduced to both teams at the Eden Gardens in the presence of the West Bengal chief minister and cricket legend Sachin Tendulkar.

Bangladesh elected to bat first due to the dryness of the pitch. India has named an unchanged team which won the first Test in Indore by an innings and 130 runs.

Ahead of the historic Test to be played under lights, Indian captain Virat Kohli had said that it was a "one-off thing" and that it "should not become a regular scenario".

"The entertainment of Test cricket lies in the fact that the batsman is trying to survive a session and the bowler trying to get a batsman out," Kohil told reporters, adding, "it's great to create more buzz around Test cricket."

Day/night Tests first started in Australia in 2015 with eleven matches being played so far around each producing a result. England, Pakistan, South Africa, Sri Lanka and the West Indies have all played at least one day-night Test.

However, the BCCI stayed away from the new version but the new president Sourav Ganguly insisted on the format citing fan interest and declining interest in Test cricket.