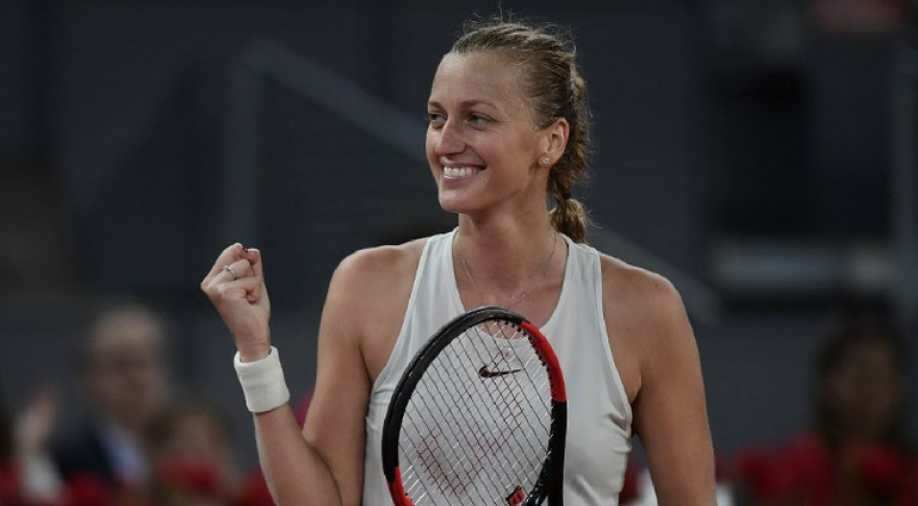 Kvitova, the 2011 and 2015 champion in the Spanish capital, also stretched her current winning run to 10 matches.

The left-handed 10th seed will face Kiki Bertens of the Netherlands, who knocked out Caroline Garcia of France 6-2, 6-2, in Saturday's final.

On the other hand, Austrian tennis star Dominic Thiem defeated world number one Rafael Nadal 7-5 6-3 in the quarter-finals of the Madrid Open and also ended Nadal's 21-match unbeaten run on clay.

31-year-old Rafael Nadal had set a new record of 50 consecutive set wins on a single surface on Thursday after defeating Diego Schwartzman 6-3, 6-4 in the previous round.

Defending champion had not dropped a set on clay since losing to Thiem in 2017 and now after 357 days, it is no one other than Dominic Thiem who finally ended Nadal's winning streak.