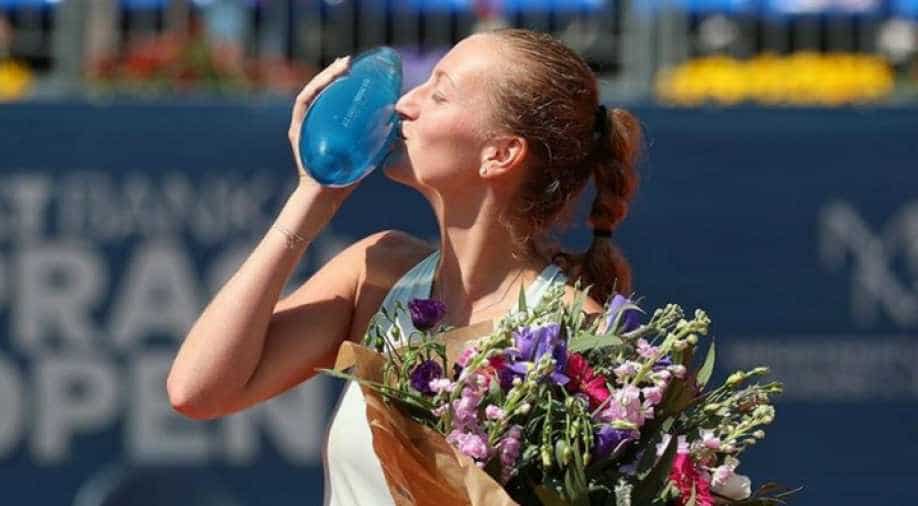 Petra Kvitova won her third title of the year as she fought back from a set down to beat Romanian Mihaela Buzarnescu 4-6 6-2 6-3 in the Prague Open final on Saturday.

The Czech second seed got off to a flying start and took a 4-1 lead in the opening set but Buzarnescu battled back to break Kvitova's dominance, winning the next five games to clinch the set.

Kvitova roared back in front of a raucous home crowd, using her powerful forehand to pin Buzarnescu back in the second set and broke the Romanian's serve three times to force a decider.

The two-times Wimbledon champion, who has missed the Prague event last year due to a hand injury, maintained her momentum to win her home tournament in her first appearance in it.

The 28-year-old left-hander added to her triumphs in Petersburg and Doha this season.

Buzarnescu fell to a second WTA final defeat after losing out at the Hobart International final to Belgian Elise Mertens.

World number 10 Kvitova has little time to celebrate as she plays Ukrainian Lesia Tsurenko in the Madrid Open first round on Sunday, two weeks before the start of the French Open.