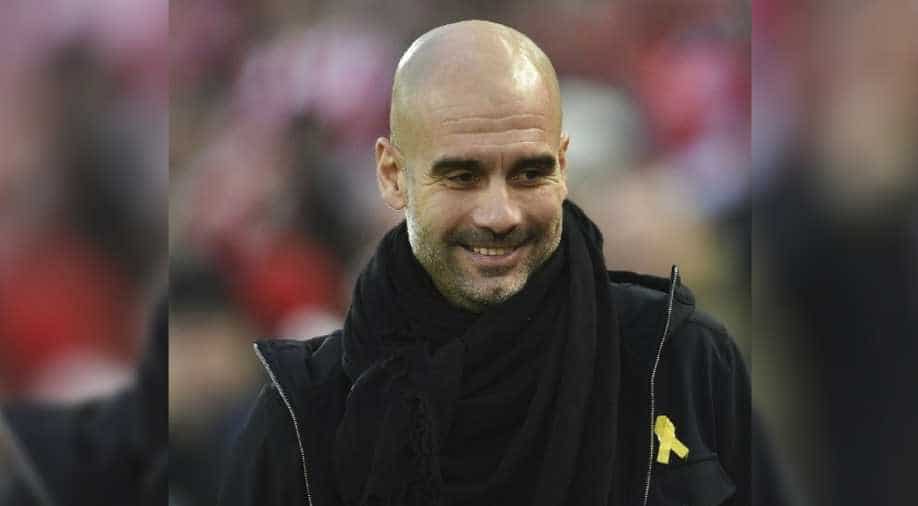 Catalonia-born Pep Guardiola, who wore a yellow ribbon on his grey jumper in the post-match press conference at Wembley defended his intent to wear a yellow ribbon in support of jailed Catalan independence leaders after his side beat Arsenal 3-0 to win the League Cup final on Sunday.

The Football Association on Friday charged Guardiola, saying the symbol sported by the former Barcelona boss on his jacket broke its rules.

Former Barcelona coach said, "Before I'm a manager I'm a human being. I am a person."

He mentioned Britain's exit from European Union and said, "You did the Brexit you let the people make an opinion. You allowed Scotland to make a referendum about if they want to stay or not and after the people voted. That is what they are asking."

Guardiola sympathised with the jailed Catalan leader and said, "They are in prevention jail right now. So go out and after maybe be judged okay but they are (in jail) for more than 145 days. You know everybody is innocent until the judge proves you are guilty and they aren't being judged."

Guardiola was charged by the FA for wearing a political message.