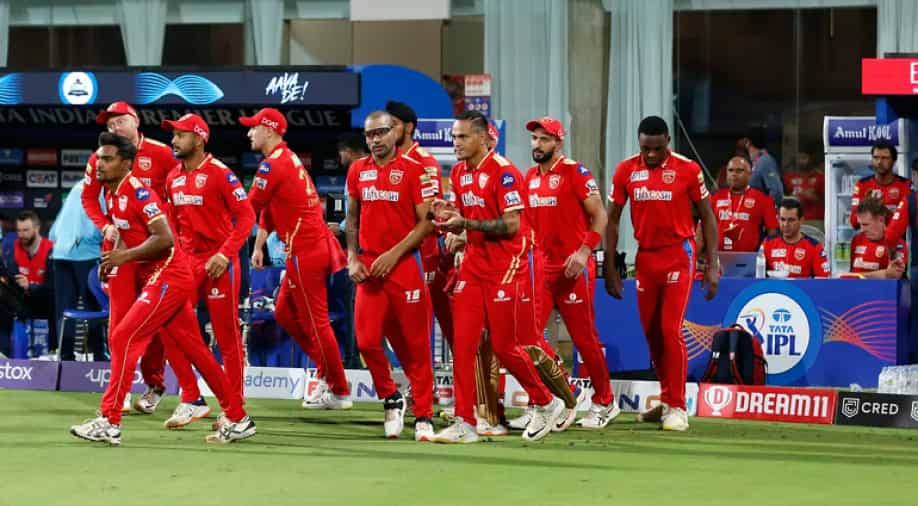 Punjab Kings will take on Rajasthan Royals in IPL 2022 on Saturday. | Photo - IPL | Photograph:( Others )

Rajasthan Royals (RR) will aim to move to the second spot on the points table when they lock horns with Punjab Kings (PBKS) in the ongoing IPL 2022 on Saturday. Here is our prediction for the game.

Rajasthan Royals (RR) will be aiming to return to winning ways when they lock horns with Punjab Kings (PBKS) in match no. 52 of the ongoing Indian Premier League (IPL) 2022 at the Wankhede Stadium in Mumbai on Saturday (May 07). RR had started the season on a superb note and entered the top four with a hat-trick of wins before faltering to two consecutive defeats in their last two games.

The Sanju Samson-led suffered a five-wicket defeat against Mumbai Indians, handing them their first win of the season before going down against Kolkata Knight Riders by seven wickets in their last outing. They will be desperate to bring an end to the losing streak and grab another two points to move up on the points table.

RR have ridden on the individual brilliance of the likes of Jos Buttler and Yuzvendra Chahal so far this season. However, the duo's failures in the last two games resulted in crushing defeats for Samson & Co., who will be hoping others can also contribute and propel them to a much-needed victory on Saturday.

On the other hand, Punjab Kings have been far from consistent this season. With five wins and as mah defeats in their first ten matches, they are well in contention to qualify for the playoffs. However, Mayank Agarwal & Co. are yet to win two matches on the trot this season and will be looking to do that against RR on Saturday.

Punjab Kings stunned table-toppers Gujarat Titans by 8 wickets in their last game and have momentum going their way as the season moves towards its business end. While Kagiso Rabada has been brilliant with the ball, the likes of Liam Livingstone, Shikhar Dhawan and Bhanuka Rajapaksa have carried Punjab's batting this season.

Rajasthan Royals' season has so far been heavily dependent on the forms of their stars Jos Buttler and Yuzvendra Chahal with the bat and ball respectively. Their middle-order hasn't been tested much while pacers have struggled to take wickets regularly. If Punjab Kings can exploit the galring weaknesses in RR line-up, they will come out on top against Samson & Co. at the Wankhede Stadium on Saturday.