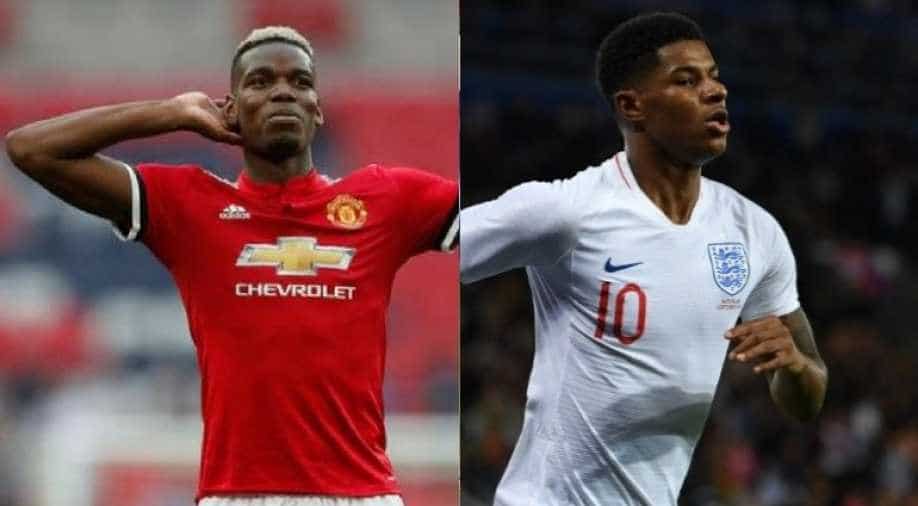 United's record signing Pogba said it would be a 'dream' to play for Zinedine Zidane's Real Madrid, while Rashford has been linked with a move to Barcelona in the British media.

Manchester United manager Ole Gunnar Solskjaer is determined to keep Paul Pogba and Marcus Rashford at Old Trafford, saying the pair are vital to his plans of building a team "worthy of the history of the club".

While on international duty, United's record signing Pogba said it would be a "dream" to play for Zinedine Zidane's Real Madrid, while Rashford has been linked with a move to Barcelona in the British media.

"They are vital for our future," Solskjaer, who was named United's permanent manager on Thursday, told reporters.

"You have got loads of players who you can build a team around and those are two that you asked me about."

Since Solskjaer took over as United's caretaker in December, Pogba has enjoyed the more freedom and tactical flexibility to become one of the most influential players in the Premier League, recording eight goals and six assists.

Rashford, meanwhile, has become the Norwegian manager's first-choice striker and the 21-year-old has responded with eight goals in 18 appearances across all competitions.

When asked if the pair can realise their ambition at United, Solskjaer added: "I would believe so. That's our aim as a club, to be achieving what we have done in the past.

That is the expectations here.

"Of course, we are hoping to build a team strong enough (to be) worthy of the history of the club."

United's short-term target is to secure a Premier League top-four finish and qualification for the Champions League but Solskjaer wants the club to target the league title next season.

Club captain Antonio Valencia and Matteo Darmian could leave at the end of the campaign while United are linked with England wingers Jadon Sancho and Callum Hudson-Odoi, at Borussia Dortmund and Chelsea respectively, and Napoli centre back Kalidou Koulibaly.

United are expected to back Solskjaer with substantial funds to rebuild the squad but the Norwegian said he would not spend recklessly.

"People who know me know that I will use that in a good way," he said.

"We have a plan with the club, they have scouted players for longer than I have been here, and we have players that we need to keep. We will not spend money just to spend money."

Fifth-placed United host Watford in the league later on Saturday.