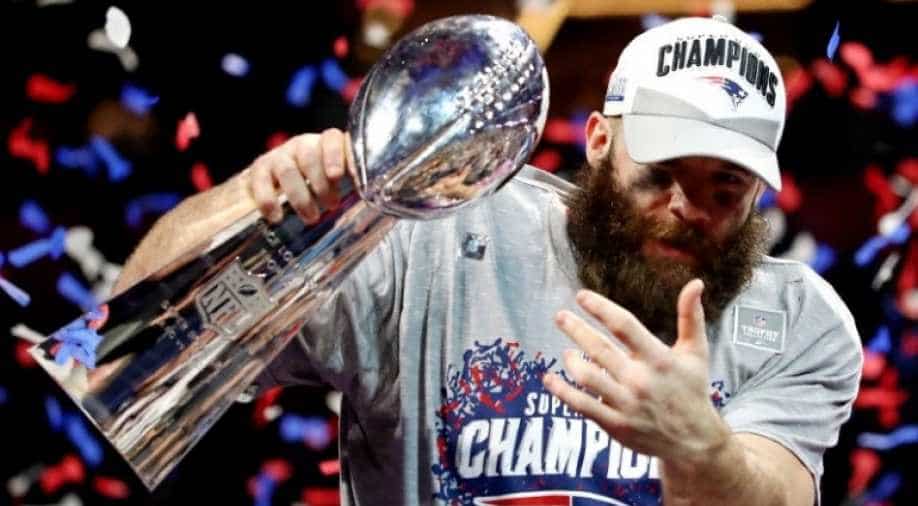 Edelman made the most of his opportunities, catching 10 of the 12 passes thrown his way for 141 yards while rushing once for eight yards.

Patriots' Julian Edelman, an undersized wide receiver few thought would ever make a name for himself in NFL, won the Super Bowl MVP trophy on Sunday after his key plays helped lift New England to a 13-3 victory over the Los Angeles Rams.

The speedy 32-year-old, nicknamed 'The Squirrel', was quarterback Tom Brady's most reliable target on Sunday, providing an offensive spark every time it was needed en route to his third championship with the team.

Edelman is one of the most unlikely Super Bowl MVPs in league history.

He was taken 232nd in the 2009 NFL draft after not even being invited to participate in league tryouts, but Patriots coach Bill Belichick managed to shape him into a key component of the team's offensive attack.

Edelman said he was focused on getting the team back to the championship after a torn ACL forced him to miss all of last season and he had to watch the Patriots fall to the Philadelphia Eagles in last year's Super Bowl.

"My head was down, just trying to go out and try to win ballgames and help the team," he said.

"I preach that and I guess you have to live to it."

Edelman said the Patriots defence deserved just as much credit as he did for never allowing the Rams' high-powered offence to get within 20 yards of the Patriots end zone on Sunday.

"The defence was unreal holding that offence to three points. It is pretty crazy," he said.

"They should be the MVP -- the whole defence."

Edelman also praised Brady, who won his sixth championship at the team's helm on Sunday.

"He is like a brother to me. He has helped me so much. He has been a huge part of mentally coaching me up just through his actions and how he is as a football player, as a professional, as a father and as a family man," he said.

"It is an honour to get to play with a guy like that."