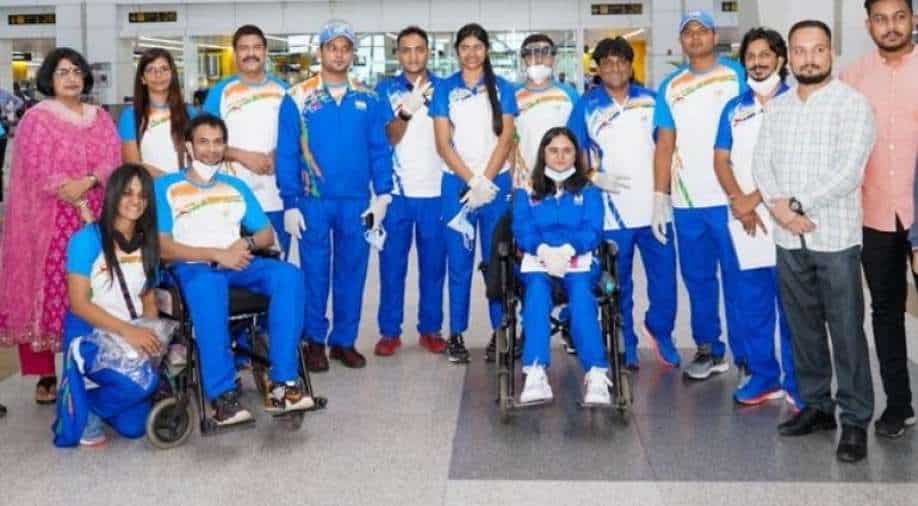 Twenty-eight members of the Indian contingent, including athletes and officials, had left for the Paralympics on Monday.

India's largest batch of para-athletes consisting of shooters, archers, and swimmers arrived in Tokyo on Tuesday morning for the Paralympic Games.

Twenty-eight members of the Indian contingent, including athletes and officials, had left for the Paralympics on Monday.

Upon arrival in Tokyo, the members of the Indian contingent expressed happiness.

"Our largest batch of 17 Para-Athletes consisting of shooters, archers, swimmer & Javelin thrower have safely arrived at Tokyo Airport. Let's hear what they have to say before heading for #Paralympics village!" SAIMedia tweeted.

Manish Narwal, Rubina Francis and Rahul Jakhar have not only just qualified but also have set world records during the qualification tournaments.

Avani Lekhara has been in tremendous form and has qualified for all four wheelchair Rifle events.

Singhraj has shown consistent form during the recently held World Cups in Peru and in UAE while Rahul Jakhar, Deepender Singh, Sidharth Babu, Swaroop Unhalkar and Akash have good international exposure and also have proved their mettle at the top level.

As many as 54 athletes from India will be competing in sports disciplines including Archery, Athletics (Track and Field), Badminton, Swimming, Shooting and Weightlifting.

Meanwhile, discus thrower Vinod Kumar and javelin thrower Tek Chand are among the five Indian athletes who will attend the Tokyo Paralympics opening ceremony. Thangavelu Mariyappan, Rio 2016 gold medal winner, will be the flag bearer of India at the opening ceremony.