Body-shaming incident hurt me because it happened in front of my son Abdullah: Pak captain Sarfaraz 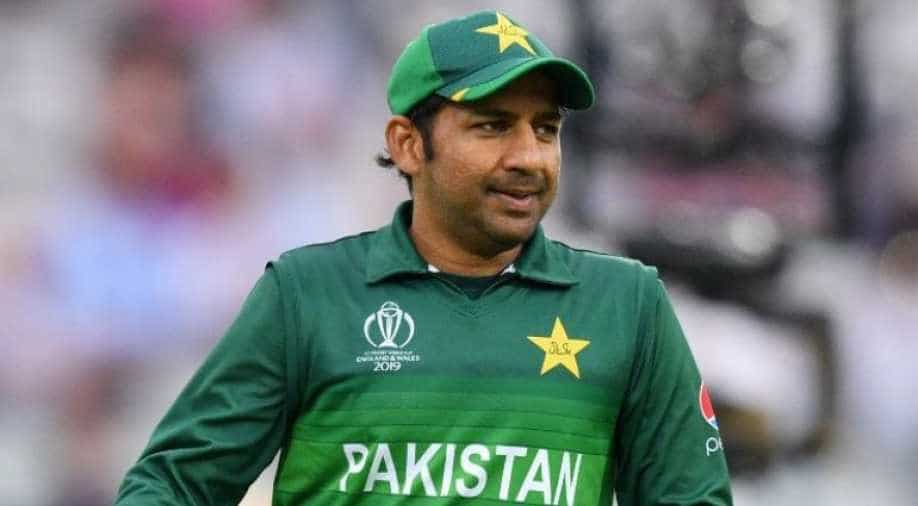 In the viral video, Ahmed was seen in a mall with his son when a fan body-shamed him

Pakistan skipper Sarfaraz Ahmed has finally opened up about the incident, where a fan body-shamed him, saying that the situation hurt him more because it occurred in front of his son, Abdullah.

"This was playing on my mind, but I didn't pay much heed as I thought he won't do this as his family was also with him. I spoke to his family. One of his family members also apologized on his behalf. But when the video became viral my body language was demotivated. It was not because of me. It was because of my son Abdullah who was with me at that time. That's why it hurt me even more," Thenews.com.pk quoted Ahmed as saying.

Pakistan had faced a humiliating 89-run defeat against India in the ongoing World Cup and the defeat was followed by immense criticism for the whole team.

In the viral video, Ahmed was seen in a mall with his son when a fan body-shamed him.

However, after the video went viral on social media, the fan apologised for it.

"I saw my video when I was there (at the mall) and saying something to Pakistani captain Sarfaraz Ahmed. After I had shot the video, he met me and was annoyed. I apologised to him and deleted the video. But I genuinely don't know how the video got uploaded and became viral. I apologise from my side to those who have been offended," the fan said.