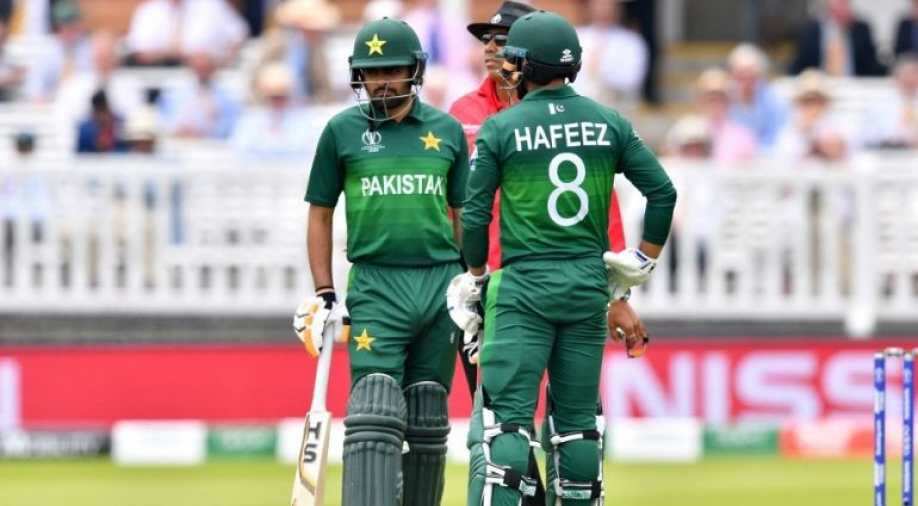 Victory saw Pakistan square the three-match series at 1-1 after Friday's no result washout was followed by England's five-wicket win on Sunday.

But when veteran paceman Wahab Riaz caught and bowled Moeen, England were 174-8 with seven balls left.

They got the target down to 12 off two balls when Tom Curran hit a six. Bu with six needed off one ball, Curran could not repeat the shot when Haris Rauf bowled a yorker with the last ball of the match.

Earlier, Pakistan veteran Mohammad Hafeez made 86 not out and shared a stand of exactly 100 with teenager Haider Ali, who marked his international debut with an impressive 54.