PAK vs NAM, T20 World Cup 2021 prediction: Who will win today's match between Pakistan and Namibia? 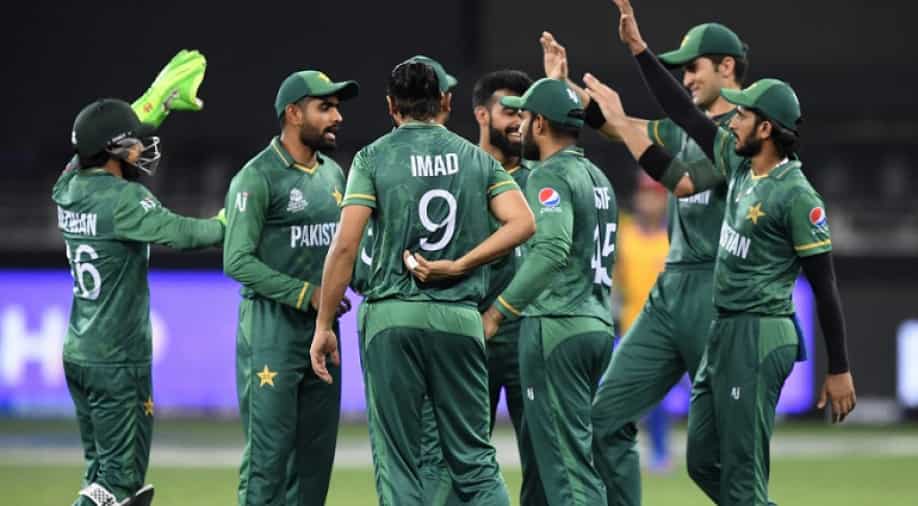 Pakistan will look to continue their unbeaten run against Namibia in T20 World Cup 2021. Photograph:( AFP )

Pakistan will be looking to continue their unbeaten run when they lock horns with Namibia in the T20 World Cup 2021 on Tuesday. Here is our prediction for the game.

Babar Azam-led Pakistan have been a force to reckon with in the ongoing T20 World Cup 2021 as they have all but sealed a spot in the semi-finals with three wins on the trot in their first three matches. Pakistan have played some phenomenal all-round cricket so far in the tournament and have performed well with both the bat and the ball to emerge as favourites for the title.

Not many had expected Pakistan to be one of the most dominant sides in the tournament ahead of the start of the showpiece event but Babar & Co. have proved their critics wrong with three wins in three matches against top-class opponents. They crushed arch-rivals India by ten wickets in their opening clash before beating New Zealand by five wickets in their second game.

Pakistan then got the better of Afghanistan by five wickets in their previous encounter to consolidate their top spot on the Group 1 points table and remain unbeaten in the tournament. The Babar-led side will face Nambia in match no. 31 of the T20 World Cup 2021 on Tuesday (November 02).

Namibia have so far played two matches in the Super 12 and the minnow have one win, and one defeat to their name. They won their opening game against Scotland by four wickets with five balls to spare before going down against Afghanistan by a huge margin of 62 runs in their next game.

Pakistan will start as overwhelming favourites against the minnow but Namibia will be hoping to stage an upset in the T20 World Cup on Tuesday. This will be the first meeting between the two sides in T20Is. Pakistan and Namibia have only met once in international cricket before when the Men in Green defeated them by 171 runs in the 2003 ODI World Cup.

Pakistan are currently in red-hot form in the T20 World Cup and have mauled their opponents one after another. They are expected to continue their unbeaten run against Namibia on Tuesday.