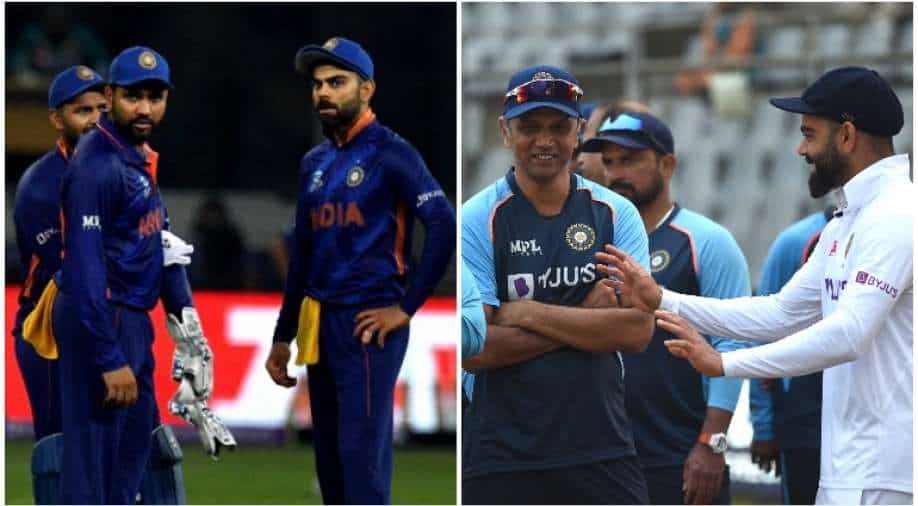 Team India have a packed cricketing calendar in 2022 with the Asia Cup, T20 World Cup and a hectic home schedule. Here's how India's schedule in 2022 looks like:

The year 2021 ended on an emphatic note for Team India, with the Virat Kohli-led Test side achieving their first-ever win at Centurion; which was South Africa's fortress since 2014. India won the three-match Test series opener versus the Proteas, at SuperSpork Park, Centurion, and will aim to win their maiden series on African soil in early 2022.

Like every other year, 2022 is also a hectic one in the offing for Team India. The Virat Kohli, Rohit Sharma-starrer national side have a plethora of series at home, along with the Asia Cup and T20 World Cup. Here's a quick look at India's cricketing calendar for 2022:

Team India will play the Proteas in the remaining two Tests and move to the three ODIs in the African nation, starting from January 19 at Paarl.

After the SA tour, India will play host to West Indies for a limited-overs series, comprising three ODIs and T20Is each from early to mid-February. It will be followed by a two-match Test series versus the Islanders and three ODIs as well.

The two Tests are scheduled to be held on February 25 and March 5, respectively. The ODIs versus the Lankans will be played on March 13, 15 and 18.

The BCCI will then host the 15th edition of the cash-rich league, which will comprise two new teams in the form of Lucknow and Ahmedabad. The league is expected to start in early April and conclude by May end.

As a dress rehearsal for the T20 WC, Rohit-led India will host five T20Is against Temba Bavuma-led Proteas, from June 9-17.

India will travel to the United Kingdom for the last Test of the incomplete five-match series from 2021. It will be followed by three T20Is and equal number of ODIs. The fifth Test will be held from July 1-5 whereas the limited-overs leg will commence on July 7 and last till July 17.

After the UK trip, India will remain on the road and travel to the Caribbean island from three T20Is and equal number of ODIs, from July to August. In September, Rohit & Co. will go to the island nation for the T20 Asia Cup, serving as a perfect platform to finalise their squad for the World Cup. An India-Pakistan clash is also guaranteed in the showpiece event.

The biggest event of the year, in men's cricket, will be the T20 WC which is set to be held in Australia. Rohit & Co. will arrive in Australia after the Asia Cup in Sri Lanka and aim to end their ICC-title drought. The tournament will take place from October 16 to November 13.

The year will end for the senior men's cricket team with a tour of Bangladesh, comprising two Tests (part of WTC cycle) and three ODIs. The dates, however, are yet to be revealed.

Hence, India have quite a few series at home in the first half of the year whereas they will be on the road for majority of the second-half of 2022.