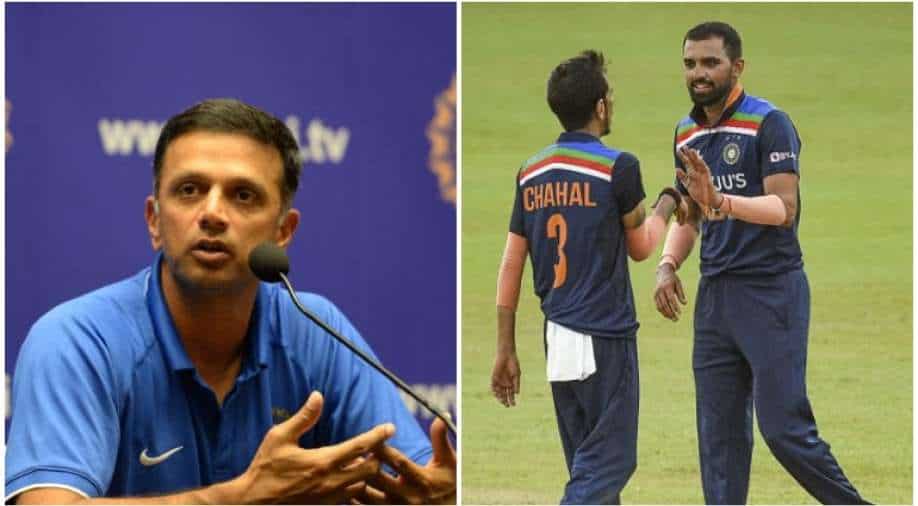 Deepak Chahar recalled a hilarious conversation he had with head coach Rahul Dravid during India's tour of Sri Lanka in July.

Deepak Chahar is gearing up for IPL 2021's second and final leg, where he will once again represent the MS Dhoni-led Chennai Super Kings (CSK) franchise. The 29-year-old was last seen in action on the cricket field for Team India during their limited-overs tour of Sri Lanka in July.

India's second-stringed team had travelled to Sri Lanka, with Rahul Dravid and Shikhar Dhawan acting as the stand-in head coach and captain, respectively. While his tour was cut-short after the T20I series opener, being one of the close contacts of Covid-positive Krunal Pandya, Chahar accounted for 6 scalps, in 3 matches, and made a match-winning contribution with an unbeaten 69 in the Men in Blue's second and penultimate ODI versus the Islanders.

Recalling a hilarious interaction which he had with Dravid during the SL trip, Chahar told Aakash Chopra in a recent interaction on his Youtube channel, "When we reached Sri Lanka, Rahul (Dravid) sir first asked me about my age. I told him I am 28 and will turn 29 soon. So, he was like - ‘is it your original age or cricketer’s age?’. Then I told him that mine is original because my father was in the Air Force, so there was no way I could forge my age!"

“On a serious note, he (Dravid) also told me that I have 4-5 years of Test cricket left in me. Those words have stayed with me. He has always considered me as a Test bowler and has selected me for red-ball matches for India A. Whenever I have played under him, I have always performer well with both bat and ball. He knows my capability very well," Chahar told Chopra.

Currently, Chahar is preparing hard for the IPL 2021's UAE leg, which commences from September 19 at Dubai. He is also named in the reserves list for India's T20 World Cup campaign.