Opinion: Why these 5 cricket stars will shine in ICC U-19 World Cup 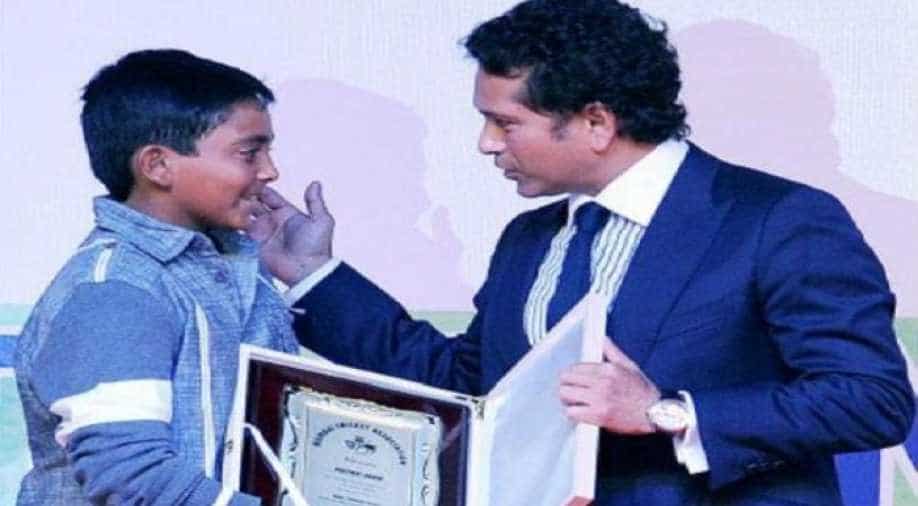 The latest edition of the ICC Under-19 ODI World Cup has begun in New Zealand from the 13th of January amidst a lot of anticipation. After all, this is the one tournament where we get to witness the stars of tomorrow in action and it is always fascinating to observe the young plethora of talent from the world over.

While the tournament is underway, there are a lot of players who are likely to leave a mark. Here is a look at five exciting young talents who will certainly be worth keeping an eye out for in the ICC U-19 World Cup 2018.

Although Indian captain Prithwi Shaw is at the centre of all attention in this tournament, another young lad from the team who is likely to leave a mark is Shubman Gill from Punjab. The stylish middle-order batsman first made news when he slammed a majestic 351 off 271 balls in the Punjab Inter-District Under-16 tournament. Carrying his form from there, Gill also scored a double hundred on his Under-16 state debut for Punjab in the Vijay Merchant Trophy soon after. Blessed with a good technique and having a great attacking game, Gill currently averages an astounding 97.76 in Under-19 ODIs. Certainly, there is something about this batsman.

The Sri Lankan captain is playing his second straight U-19 ODI World Cup and is now well-renowned for his ambidextrous spin bowling skills. Kamindu Mendis can bowl both left and right arm spin and is equally proficient with both. Ever since he first displayed this rare skill in the last World Cup, Mendis has been hot property in Sri Lankan cricket and is being looked as the future bowling star for the country. Mendis is also a solid middle-order batsman and already has four half-centuries in Under-19 ODIs. It will be interesting to see how this ambidextrous spin bowler displays his unique craft in the upcoming tournament.

If there is one U-19 cricketer this year who has created sensation the world over, it is Afghanistan’s Baheer Shah. The 18-year-old commenced his career by slamming a record 256 in his maiden first-class match - the second highest debut score in the format. If one thought this was a fluke, Baheer proved it otherwise by striking a spectacular triple hundred five innings later and, thus, became the second youngest first-class triple centurion. Baheer’s first-class average at present is a Bradmanesue 121.77 after 7 matches. With those glittering feats he has already achieved, the young Afghani batsman will surely be under a lot of focus this World Cup.

Pakistan’s ability to churn fast bowling sensations literally out of nowhere is remarkable. Shaheen Afridi seems to be another one in that burgeoning list. In his very first match in the Quaid-e-Azam trophy, (Pakistan’s first-class domestic tournament) Shaheen grabbed a stunning 8-39 – the best figures by a Pakistani bowler on first-class debut – that destroyed the opposition. A fan of Pakistani legend Wasim Akram, this left-arm pacer is clearly inspired by his hero and has modeled his action on him and Australian speedster Mitchell Starc. With an ability to bring the ball into the right-handers and getting good pace and bounce, Shaheen Afridi will definitely be a major threat to batsmen this World Cup.

The Australian team captain in this tournament is a confident young batsman and is the first Indian-origin cricketer to be leading an Australian side. Sangha caught the eye of the selectors with his performance against England in the pre-Ashes tour game in 2016 where he struck a superb hundred and at 18 years and 71 days became the youngest cricketer since Sachin Tendulkar to score a first-class century against England. Sangha’s performances throughout the 2015 season were exceptional in youth cricket and he amassed runs in whatever tournament he played in during that phase. His strokeplay is suited for all formats and he has even got a BBL contract from Sydney Thunder. How he leads the Australian side in this World Cup while focusing on his own batting will be intriguing to watch.

The ICC U-19 World Cup has produced real stars of today like Virat Kohli, Yuvraj Singh, Kane Williamson, and Hashim Amla, to name a few. With the tournament having gone bigger and attracting more attention now, the pressure to perform on the young stars in the event would be that much more.  But the modern game having evolved so much, young cricketers today are truly fearless. The ICC U-19 World Cup 2018 will hence surely be one exhilarating tournament to watch.