Opinion: New Team India – even If Kohli spares you, Rohit and Pandya won’t 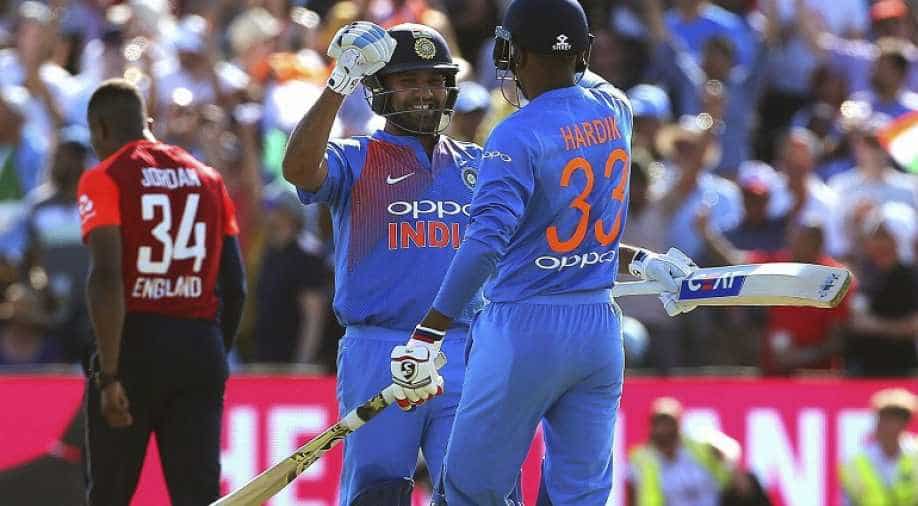 India’s superb show in ODI series in South Africa early this year and the T-20 series in England has given a clear message that team India would be the top favourite in the World Cup next year.

There used to be famous quote or say a piece of advise to the bowlers, bowling to the intimidating West Indies Cricket team during early and mid-eighties - be careful, Greenidge and Haynes would destroy you, if somehow you could control them then Viv Richards would surely decimate you, if even Richards would fail then rest assured wicketkeeper Dujan would quell you.

When Hardik Pandya dispatched fourth ball of penultimate over in the stands for six runs to seal the match and series for India in the third T20 at Bristol, somehow I felt that current Indian team has the same depth and versatility in the batting lineup.
King Kohli will take the match away from you, if he fails then Shikhar and Rohit surely will, and even if they can’t then Dhoni and Pandya will undoubtedly whack you.

The takeaway from the Bristol is clear that this team has the real mettle. It is not a joke to chase down almost 200 runs in T20 and winning the series against a team as strong as England. Remember, this England side is a world beater in T20 and ODI and just a few days ago, England posted a colossal record total in ODI against Australia and defeated them.

Virat Kohli, being one of the star performers of T-20 and ODI is certainly the fulcrum of the line-up but there are others to do the job as well. Notwithstanding his poor Test credentials, Rohit Sharma is a key man for India in T-20 and ODIs, as he proved yet again at the Bristol. But the latest value addition is the rejuvenated and repackaged KL Rahul and also much matured Hardik Pandya.

Hardik was a treat to watch at Bristol. It appears that he has learned his lessons (from his mistakes in South Africa) and has controlled his aggression and attitude. He looks far more mature now. MS Dhoni has rediscovered his old mojo during IPL-2018 and virtually the question that whether Dhoni fits into World Cup 2019 has fizzled now.

Now, let’s come to the real discussion. India’s superb show in ODI series in South Africa early this year and the T-20 series in England has given a clear message that team India would be the top favourite in World Cup next year. Apart from batting, bowling looks in a good shape too. Chahal-Kuldeep duo is lethal and has the ability to rein in any batting line-up in the world. The way Kuldeep was just unplayable during the first T-20, speaks about the class of this wrist-spinner.

This perhaps is the best ever ODI, T20 team of India under the energetic leadership of king Kohli. Though the World Cup is 12 months away, the team clearly has the potential to bring World Cup home for the third time.