Opinion: IPL 2018 - How Hyderabad under Kane Williamson is blossoming 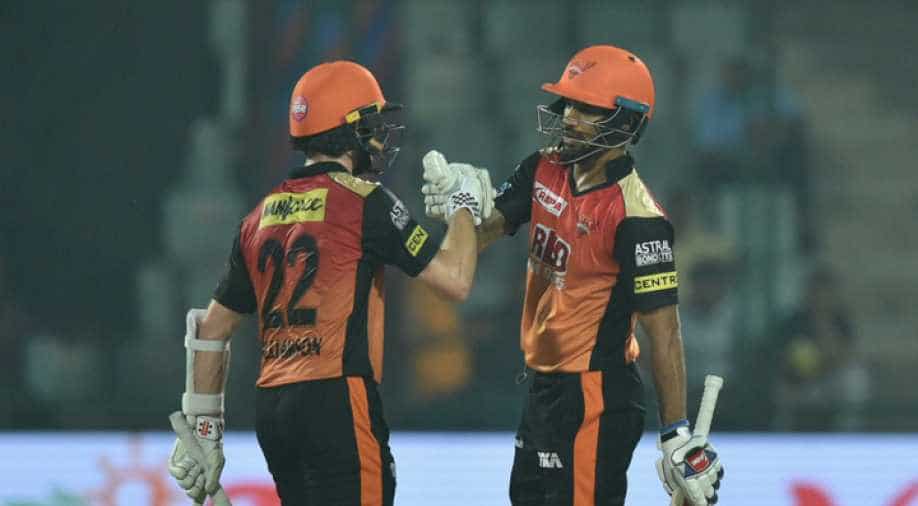 I would rate 42nd match of this year Indian Premier League, played between Hyderabad and Delhi at Firozshah Kotla Delhi on 10th May 2018 as one of the most special encounters this season.

The match was packed with two surprises. First, young Rishabh Pant played a knock which can be a career-defining knock for him. His 128 out of a team total of 191 and that too coming at number four, speaks about the calibre of this young led who once considered as the heir apparent of MS Dhoni.

But the second surprise was the slickness with which Hyderabad chased down this total. It was even better than Hyderabad’s own high standard, which they had set so far in this tournament. Shikhar Dhawan and Kane Williamson were easy going right from the beginning of their mammoth partnership and finish things in style.

How Kane Williamson has transformed the team Hyderabad with his passionate leadership is the biggest highlight of IPL 2018. Hyderabad have been the top performing team so far in the tournament in spite of no larger than life superstar in the line-up.

It is worthwhile to mention here that Hyderabad received a huge setback before the commencement of the tournament as their skipper and swashbuckling batsman David Warner was dropped out due to ball tempering controversy. Kane Williamson, however, picked the responsibility entrusted to him in the last minutes with all the sincerity and turned around things.

Whenever Hyderabad come on the field, I go back to the inaugural edition of IPL in 2008. In 2008, Shane Warne led the bunch of young (Rajasthan) and relatively inexperienced side in a magical way and turned them in the champion. In 2008, Rajasthan were the team with least fanfare with no superstar in the lineup.

It was one among the cheapest teams in the inaugural auction. While Rajasthan under Shane Warne finished to the victory, the high profile teams like Mumbai, Bangalore and Kolkata bit the dust. All these teams were high profile and they were studded with big names.

Kane Williamson and his 'Orange Army' is on the same template as that of Shane Warne and Rajasthan in 2008.

Williamson himself is in outstanding batting form. He is proving that why is regarded as the one the most prolific batsmen of his generation. He is getting good support from Shikhar Dhawan and Yusuf Pathan down the order in among the runs as well.

Williamson is marshalling his troop to the perfection and so far he has been able to extract best out of his teammates. Notwithstanding hammering by Rishabh Pant, Bhuvi is leading the bowling with the support of likes if Siddharth Kaul and Sandeep Sharma.

But the X-factor in this team is because of the presence of young Afghanistani spinner, Rashid Khan. He has troubled best of batsmen in the tournament so far. His well-disguised googly has been destructive.

I once heard great Australian Cricket coach John Buchanan. Buchanan said that “In the Cricket, plans and strategy are important but the more important thing is that whether you have put your basics right or not. You may plan big but lack of basics would fail you”.

Williamson and his boys seem to be working on these lines only. Other star-studded teams (read Bangalore & Delhi) of IPL-2018 can take a cue out of it.