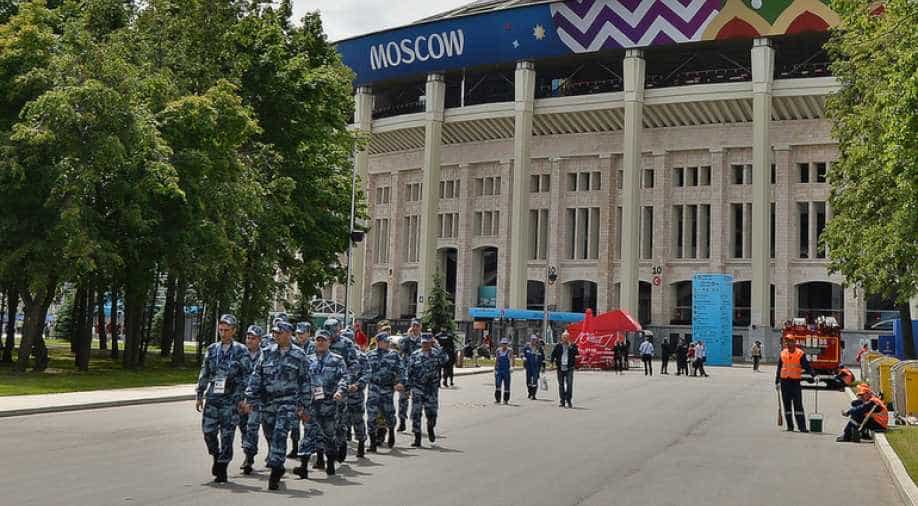 Amidst various types of negativities prevailing across the globe, the very nuance of mankind actually blossoms in the sports carnival it has created. They are the best gifts the man has given to himself. Green grass at All England Club, the clay surface at the Roland Garros, those lush green Golf Courses during the top PGA events are few of the ever alluring milestones of mankind.

Above them, Olympic and FIFA World Cup rule the roost, undisputedly. These are two extravaganzas, which touch each part of the globe, each race and ethnicity.

FIFA World Cup has its own unique charm and when host Russia played Saudi Arabia on June 14 in the opening match the roller-coaster ride had started.

The aura of the tournament is such that it simply takes over people, seizes their senses. Recently I called one of my Italian business associates in Rome. His office mate told me that he was not well. I enquired the reason and I was literally scolded back "Don't you know that FIFA World Cup has started and Italy is not part of it this time". I was perplexed. But it is really has been huge upset already that four-time champion Italy failed to qualify and naturally no Italian can assimilate that.

Each edition of the tournament had its own tales built around it. The famous "Hand of God" goal in 1986 - The Zinedine Zidane's heroic in 1998 and his infamous headbutt in 2006 - The famous octopus Paul and his spot-on predictions during 2010 and many more.

Given the proceedings for the first four days in this edition, looks that this edition would also leave many tales to recite once the tournament is over.

In 1990 World Cup, 38 years Roger Milla shook the World when he scored for his side the newbie Cameroon and Cameroon defeated the defending champion Argentina in the opening match. The great Maradona (captain of Argentina) was flabbergasted. This year Mexico did a Cameroon when they defeated the reigning champion, the super mighty Germany. The whole country is rejoicing as if there is no tomorrow. Make no mistake Germany thrashed Brazil by 7-1 in 2014.

But the highlight of the championship has been the match between Portugal and Spain. Christiano Ronaldo proved that why he is a legend. A hat-trick against 2010 champion Spain is no mean task. His free-kick in the 88th minute would certainly go down in the annals of FIFA World Cup as one of the greatest ever moments. It was a copybook style banana kick, somewhat reminiscent of the epic Roberto Carlos's heroic in 1997 against France.

But it was a different saga for another legend of the game, Lionel Messi. Messi missed a penalty kick against Iceland. If he has to be in the all-time greatest league of Pele and Maradona, Messi needs to win a FIFA World Cup for his side and Messi is feeling the pressure of it and this perhaps is his last chance.

There are many questions looming among the fraternity. Will Ronaldo did for Portugal, what Maradona did for Argentina in 1986? Will Messi bring World Cup to Argentina after 32 years? Would Brazil and Germany prove their prowess?

We'll have to wait and watch. Maybe nothing of them will take place and an entirely new script would be written at FIFA World Cup 2018.

The championship has just begun and the cult around it has already started brewing. An unadulterated intoxication is on the card in days to come for sure.