Opinion: Air temperature is high as is the spirit of players at Australian Open 2018 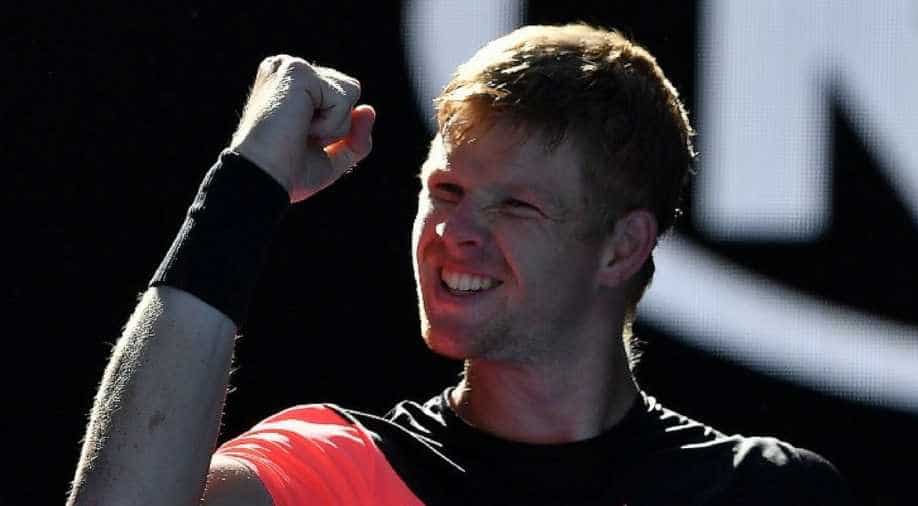 1992 Australian Open Men’s final. In a big clash with Swedish legend Stefan Edberg in the Men’s final, Jim Courier celebrated his victory by taking a plunge in Yarra river. He repeated the act next year as well.

The way players were struggling with extreme temperature might force them to take a dip in Yarra River time and again, not for celebrating though but to get some reprieve from the merciless heat. There is a cold wave in the northern hemisphere but the southern hemisphere is experiencing a scorching summer and, at the top of it, the synthetic courts at Melbourne Park make it feel like an oven for the players. The temperature was hitting 40-degree Celsius but the spirit of the game remained intact; some outstanding Tennis has already been played in Australian Open 2018.

There has been all kind of moments. Some stars were humbled, few young players showcased themselves and few legends continued with their juggernaut.

In the men's section, it has been smooth sailing so far 3 biggies, Federer, Nadal and Djokovic. Nadal stormed into last eight and has lost just one set so far.  He has been most convincing of all. In third round match, top-seeded Spaniard lost just 5 games.

The new version of Djokovic, who is sort of re-launching himself (with remodelled service), is doing well too. Federer hasn’t dropped a set and he already is in the last sixteen. So with these three marching ahead; be ready for another magnum this week, something in line with last year’s Men’s final.

Among upset, the biggest of all was that of another biggie and 2014 champion, Stan Wawrinka. Wawrinka was easily tamed in the 2nd round.  Another noticeable result in Men’s section is the defeat of Alexander Zverev. The fourth-seeded lanky German was expected to make a mark but crashed out in the 3rd round.

Seeded four Bulgarian Grigor Dimitrov had nerves moment in first couple of matches but then he kept nerves and reached into the quarter-final only to be defeated by Kyle Edmund.

But the player who made his presence felt was Canadian teenager Denis Shapovalov. Shapovalov played in a match, which probably has been the most exciting match of Australian Open 2018 till now, It was his 2nd round encounter with Jo Tsonga. Though Shapovalov lost the five-set high-voltage nail-biter from a comfortable position in the fifth set, the lad has made a statement and made it clear that he would be the next big thing in Tennis. Shapovalov is complete package – a single-handed backhand, lovely forehand and lovely serve. He plays attacking game and alluring to watch.

US Open winner and last year Wimbledon finalist Marin Cilic is playing fluent Tennis too and he is set to play Nadal in the quarter-final.

Women’s Tennis is looking at the next big name after William sisters for many years now. There is a pool of assorted players who have been winning Grand Slams, barring William sisters for past so many years. The top-seeded Simona Halep is yet to win a Grand Slam and that sums up the story that there is no clear-cut undisputed champion player in the WTA tour.

In the Australian Open, veteran player Venus Williams crashed out in the 1st round. Another veteran Maria Sharapova created some buzz after winning first two matches but then lost out to 2016 winner Angelique Kerber. Among major upsets is G. Muguruza. The third-seeded Muguruza crashed out in the second round.

However, one of the most sensational comebacks in the tournament was made by the second-seeded Caroline Wozniacki. Wozniacki was 1-5 down in the third set and facing two match points. She rose to the occasion unprecedentedly. Not only she survived two match points, but also won six games in a row to sweep the match.

And, yes, one special mention to the 15-year-old Ukrainian Marta Kostyuk; Kostyuk became the youngest woman to reach the 3rd round of a Grand Slam in 21 years.

It has been a mind-boggling week at the Australian Open with all sorts of ingredients. Some great Tennis is on the cards in a week to come. I expect that we are going to witness at least one epic encounters in Men’s singles as likes of Federer, Nadal, Djokovic, Cilic and Dimitrov are in the fray.

The air temperature at Melbourne is high but so is the spirit of players. Fasten your seat belt and be ready for some exciting action until 28th January.