One day to go before Cricket World Cup frenzy begins 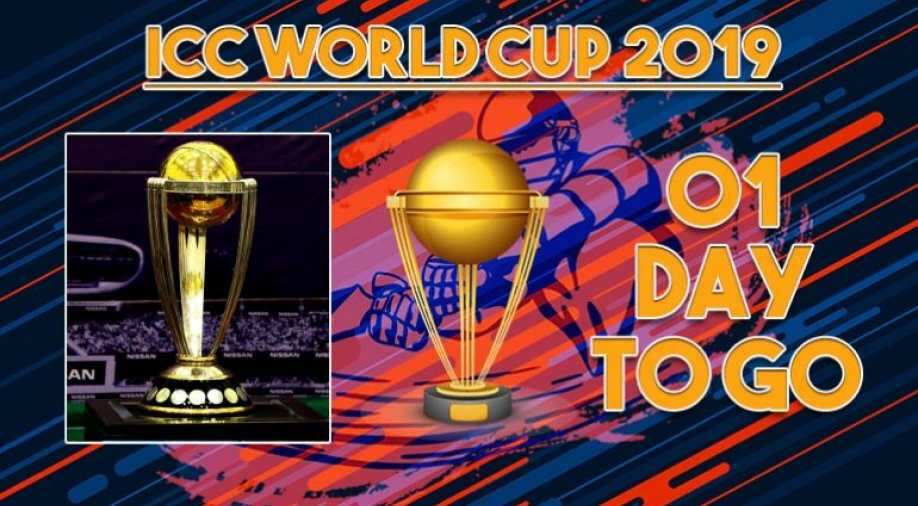 Fans have gathered, the hosts are ready and the stage is set for the twelfth edition of Cricket World Cup, which will begin with the opening match between England and South Africa on May 30.

The warm-up matches are over and teams have done all necessary preparations for the big event, the participating countries will look to play a better game of cricket to win the tournament, clinching one of the most coveted trophies of the sporting world.

England launch the World Cup as favourites to bludgeon their way to victory for the first time but will fear a Virat Kohli-inspired India and a hungry Australia.

The host nation have never won the tournament, with the last of their three losing appearances in the final coming in 1992, but there is a growing sense their current crop of players can end 45 years of pain.

Boasting a plethora of big-hitting white-ball specialists, England are the top-ranked team in the 50-over game, while Kohli's India are also packed with superstars who have honed their skills in the Indian Premier League.

Reigning champions Australia, who won their fifth title in 2015, are boosted by the returns of star batsmen Smith and David Warner after both served bans for their role in a ball-tampering scandal.

New Zealand and South Africa will also harbour hopes of World Cup glory in the 10-team tournament, in which each side will play all the others to decide the semi-finalists.

Former winners Pakistan can never be ruled out and West Indies, featuring self-styled "Universe Boss" Chris Gayle for possibly the final time in ODIs, will fancy their chances of a first World Cup triumph since 1979.

In an age in which astonishing run-scoring feats have become commonplace, it may be the hard-pressed bowlers who determine the destiny of this year's title, depending on the conditions for the event, which runs from May 30 until July 14. 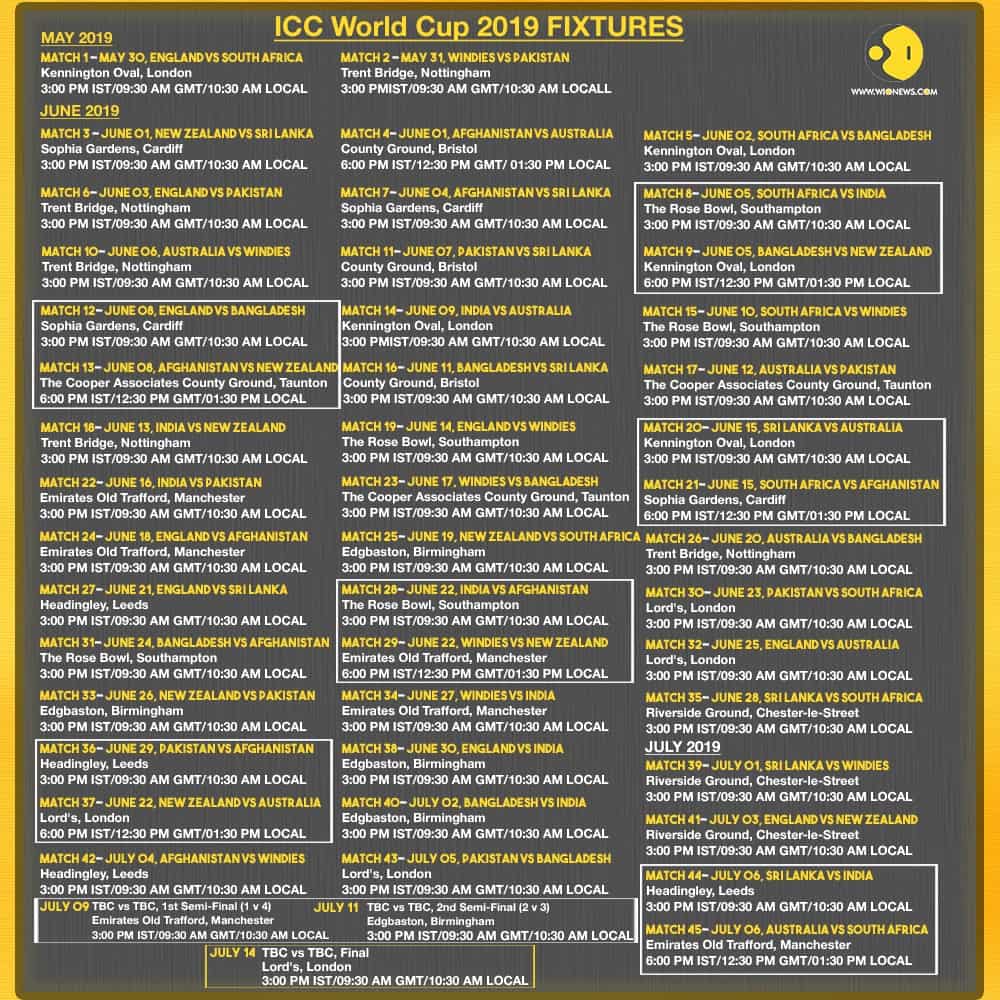 And the all-play-all format guarantees nine pay-days each for the world's leading cricket nations.