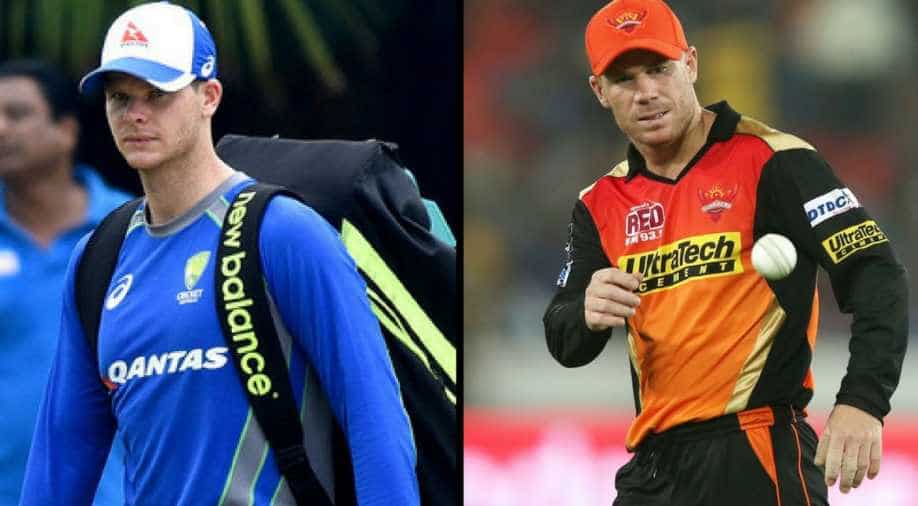 The Board of Control for Cricket in India has removed Steve Smith and David Warner from the upcoming edition of Indian Premier League and said that the franchises, Rajasthan Royals and Sunrisers Hyderabad, will get the replacements.

In the recent media interaction, IPL Commissioner Rajiv Shukla, said, "The franchises will get replacements for the players as they (David Warner and Steve Smith) will not be allowed to play this year." In an official statement, BCCI said it had decided to ban Smith and Warner with immediate effect from participation in IPL 2018.

"The BCCI hopes that the cricketers participating in the IPL hold the highest regard for the spirit of Cricket and code of conduct for players and match officials," the statement said.

"The concerned IPL franchises will be allowed replacement players," it said. Earlier, both the players David Warner and Steve Smith had stepped down from the captainship of their respective IPL teams, as both were retained by their franchises and were supposed to lead the team.

Also, One-year bans have been handed out to Steve Smith and David Warner in the wake of the ball-tampering scandal.

Cameron Bancroft, the reports added, will be handed a nine-month ban.

On Tuesday Cricket Australia chief James Sutherland apologised for the ball-tampering row which has engulfed the cricket world in the Australia-South Africa series.