Novak Djokovic's lawyers reveal he had COVID-19 a month ago, had received clearance to enter Australia 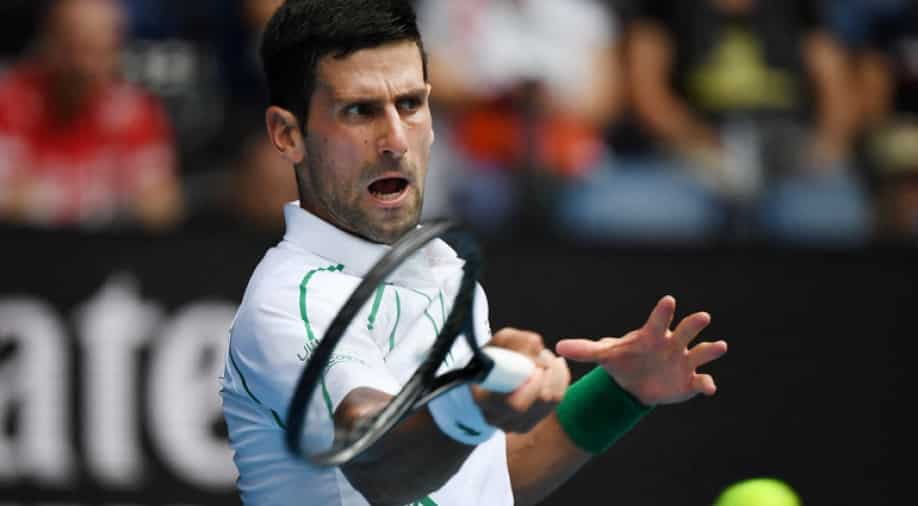 Novak Djokovic had contracted COVID-19 in December last year, as per his lawyers. Photograph:( AFP )

Novak Djokovic's lawyers on Saturday filed a court filing where they disclosed that the world no.1 tennis player had contracted COVID-19 a month ago and was asymptomatic. He was granted medical exemption from the vaccination rules in Australia as he had tested positive only a month ago.

Novak Djokovic had contracted COVID-19 in December last year and was asymptomatic when he wrote for clearance from Australia's immigration department before travelling to the country, his lawyers said in a court filing on Saturday (January 08). Djokovic is currently in detention in Australia as he prepares to fight a legal battle against the government and the authorities after his visa was cancelled upon landing in the country on Wednesday.

Djokovic had landed in Australia on Wednesday night to take part in the upcoming Australian Open and was looking forward to defending his title. The tennis world no.1, who has refused to reveal his COVID-19 vaccination status, had expressed doubts over his participation in the tournament last year due to Australia's strict rules regarding vaccination.

However, earlier this week Djokovic announced he was heading Down Under to play in the Australian Open after being granted a medical exemption. His visa was revoked in Melbourne as Australian Prime Minister Scott Morrison stated that 'rules are rules' for everyone.

Also Read: 'Feel a bit like in prison': Amid Novak Djokovic row, another tennis player held over visa issues in Australia

Djokovic is currently in an immigration detention hotel in Melbourne as his legal team prepares to drag the authorities and the Australian government to court. On Saturday, Djokovic's lawyers in their court filing said the tennis star had obtained a medical exemption from the vaccination rules of the country before travelling to Australia.

The filing stated that Djokovic had contracted COVID-19 on December 16, 2021, and "had not had a fever or respiratory symptoms" from the infection. He was granted a medical exemption because he tested positive for the virus in December.

The filing also said that the Serbian tennis star had recieved a document from Australia's "Department of Home Affairs (which) told Mr Djokovic that his `responses indicate(d) that (he met) the requirements for a quarantine-free arrival into Australia".

His lawyers also stated that Djokovic has requested to be moved out of the quarantine hotel and taken to a facility where he can train for the upcoming Australian Open tournament, which is all set to get underway from December 17.