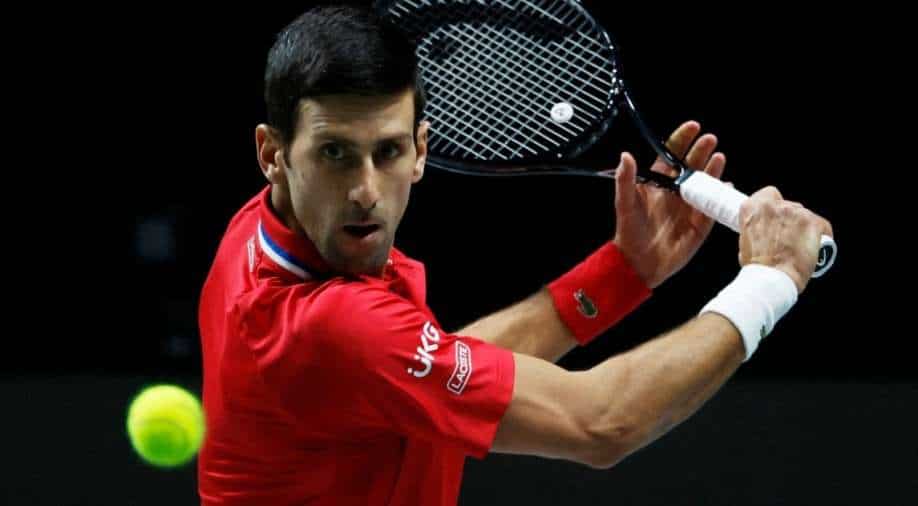 Djokovic`s visa was cancelled on Friday by Hawke, the Australian Minister for Immigration, Citizenship, Migrant Services, and Multicultural Affairs.

The lawyers have agreed to not deport Djokovic until the court proceedings are underway on his matter or till the issue is not transferred to another court, reported The Sydney Morning Herald.

Djokovic`s visa was cancelled on Friday by Hawke, the Australian Minister for Immigration, Citizenship, Migrant Services, and Multicultural Affairs.

"Today I exercised my power under section 133C(3) of the Migration Act to cancel the visa held by Mr Novak Djokovic on health and good order grounds, on the basis that it was in the public interest to do so," minister in an official statement said.

"This decision followed orders by the Federal Circuit and Family Court on January 10, 2022, quashing a prior cancellation decision on procedural fairness grounds. In making this decision, I carefully considered information provided to me by the Department of Home Affairs, the Australian Border Force and Mr Djokovic."

"The Morrison Government is firmly committed to protecting Australia`s borders, particularly in relation to the COVID-19 pandemic. I thank the officers of the Department of Home Affairs and the Australian Border Force who work every day to serve Australia`s interests in increasingly challenging operational environments," the statement added.

Djokovic`s visa was initially cancelled upon arrival after hours of interrogation by Border Force officials. Then on Monday, judge Anthony Kelly of the Federal Circuit and Family Court of Australia quashed the cancellation of Djokovic`s visa after tennis player spent five days detained in an immigration hotel.

Notably, world number one men`s singles tennis player Djokovic on Wednesday admitted that he conducted an in-person media interview and photoshoot in December despite knowing the fact that he was COVID-19 positive.

On Thursday, AO 2022`s draw was revealed and Djokovic was placed against compatriot Miomir Kecmanovic in the opening round.