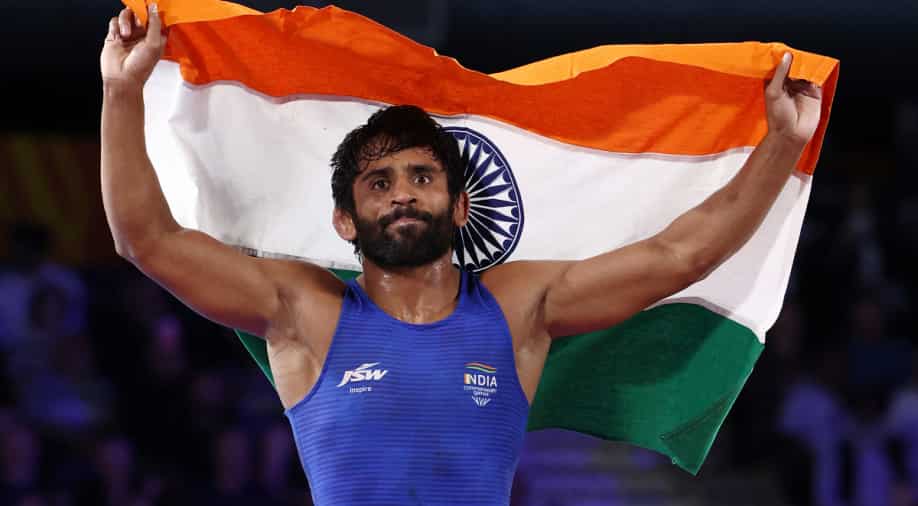 Indian wrestler Bajrang Punia said nothing comes easy in life after he won his second straight gold medal at the Commonwealth Games on Friday.

Bajrang Punia claimed his second straight Commonwealth Games gold medal at the ongoing Games in Birmingham on Friday (August 06) after defeating Lachlan McNeil of Canada 9-2 in the final of the men's freestyle 65kg category. It was a comfortable victory for the star Indian wrestler, who is on his way to becoming one of the country's most successful wrestlers.

Punia was always a favourite to win a gold medal at the Commonwealth Games this year as he has been in terrific form on the mat over the last few years. He lived up to his favourite tag in the final on Sunday and successfully defended his title to bag his second straight gold medal at the Games.

However, the Tokyo Olympics gold medallist played down the suggestions that it was an easy contest for him to dominate. Punia said nothing comes easy in life and that he never considers his opponent weak ahead of any match and wants to give his best.

"Nothing comes easy in life. You have to work hard for everything. I don’t come here thinking that my opponent is weak. In whatever contest I am in, I want to give my best performance," Punia was quoted as saying by India Today after his win over McNeil in the final on Friday.

Punia had suffered a knee injury during the Tokyo Olympics last year where he had to settle with a bronze medal. The Indian wrestler said he was looking to bounce back strongly at the Commonwealth Games this year and has been slowly regaining momentum after recovering from the injury.

"After the injury (knee injury at Tokyo Olympics and another one after it), I was searching for my best performance. I was working hard for it. I was not able to get things right in a couple of tournaments before. I have a feeling that I am getting back to my best and the hard work is paying off," Punia said.

India won a total of six medals in wrestling on Friday as the wrestlers from the country opened their respective campaigns at the Commonwealth Games 2022. Out of the six medals, three were gold medals won by Punia, Sakshi Malik and Deepak Punia in their respective categories.