'No one told me why I was dropped': Harbhajan Singh opens up on 'sad story of Indian cricket' post retirement 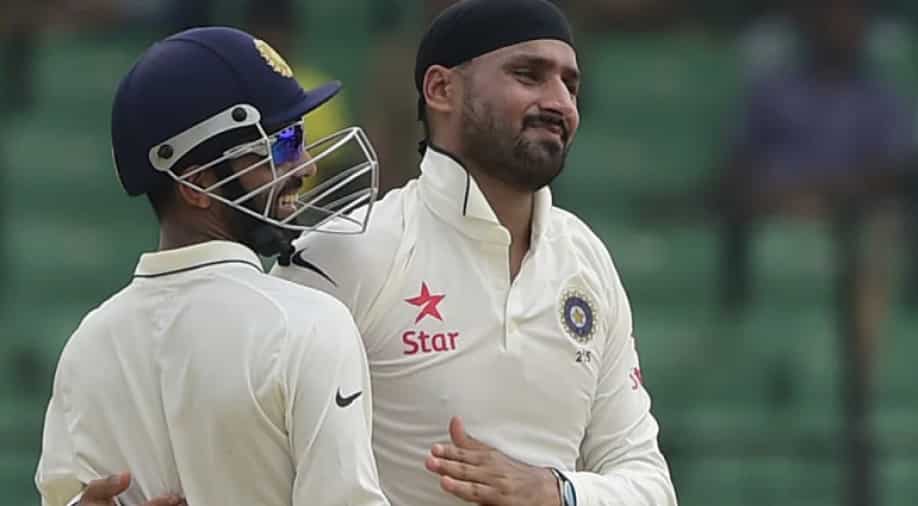 Harbhajan Singh feels he could have ended up with more than 500 Test wickets for India. Photograph:( AFP )

Veteran spinner Harbhajan Singh has opened up on the 'sad story of Indian cricket' and claimed he was dropped without being given any reason by the selectors in 2012.

One of India's greatest spinners of all time, Harbhajan Singh announced his retirement from all forms of cricket earlier this week. Harbhajan drew curtains on a career that lasted over 23 years as he finished as the second-highest wicket-taker of all time for India across formats. The off-spinner had last played for India in 2016 and was since plying his trade only in the Indian Premier League (IPL) after being sidelined from the national team.

Harbhajan recently opened up on the highs and lows of his career and said he could have finished with 500 or more wickets in Tests for India, had he recieved support from the board and the team management. Harbhajan claimed he didn't need much support during his early days in international cricket in the early 2000s, however, he reckoned he required some support in 2012 when he was dropped from the team.

Harbhajan was part of India's 2011 World Cup-winning squad, however, his career went downhill after the team's triumph as he found himself on the sidelines. Harbhajan believes he could have ended up with over 500 Test wickets had he played 3-4 years more with the support of the team management.

"But, all that did not happen. There are so many reasons for that, if we go into that, we will dig up a lot of things, which I don't want to do," he added.

The former India spinner pointed out taking 400 wickets in Test cricket was no mean feat but he was not treated with respect by those in charge. Harbhajan said he tried to get in charge with a lot of people over his ouster from the Indian team but didn't get the answers he wanted. The veteran spinner called it the 'sad story of Indian cricket' to not treat players with respect once they are not required in the team.

"400 wickets are not obtained by bowling poorly. When someone takes 400 wickets, after that he does not get a chance to play and is not even told why he has been dropped. So many big questions were there in my mind, which no one answered. I tried to get in touch with many people, from the selectors to everyone, but then no one told me why I was dropped," said Harbhajan.

Also Read: R Ashwin recalls battle with pain in Sydney Test: I was tearing up, my daughter had to pull up my shorts

"I asked them have I suddenly lost my appearance or my bowling has deteriorated or what has happened that you are not choosing me at all. There was no answer to this. And if this can happen to the 400 wicket-taker, then no one will ask the 40 wicket-taker. This is a sad story of Indian cricket where the one who has achieved something, isn't even talked to properly after he is not needed," he explained.

Harbhajan played 103 Tests, 236 ODIs and 28 T20Is in his international career, picking up 417, 269 and 25 wickets in the three formats respectively. He is only behind the legendary Anil Kumble in the list of Indian bowlers with the most wickets across all formats.