'No definite timeline' but being a mother won't 'hold me back' from tennis: Sania Mirza to WION 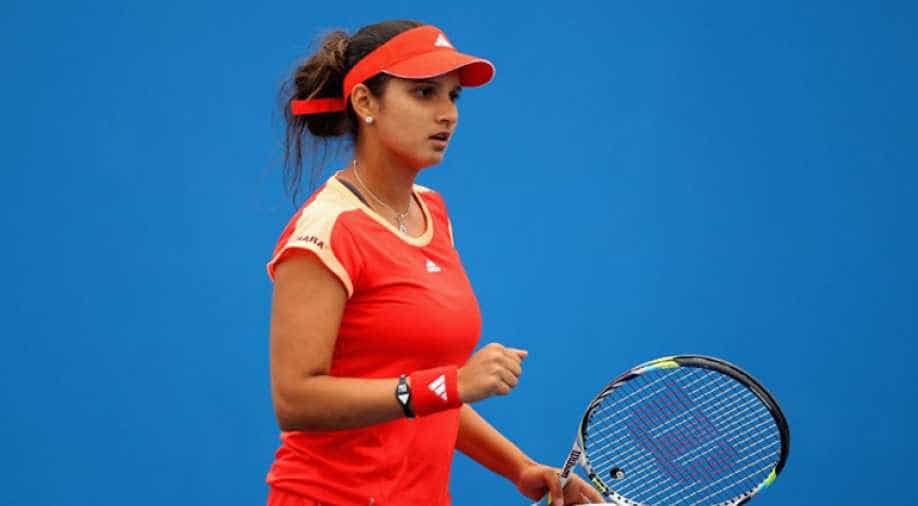 The former World No. 1 has been out of action since October 2017, due to pregnancy, and gave birth to her first child- Izhaan - with Pakistani cricketer Shoaib Malik.

Six-time Grand Slam winner Sania Mirza is adjusting to her new responsibilities of being a mother alongside her long-term love for the sport - Tennis.

The former World No. 1 has been out of action since October 2017, due to pregnancy, and gave birth to her first child- Izhaan - with Pakistani cricketer Shoaib Malik.

The 32-year old, however, is planning an early return to the court as she feels that being a mother doesn't mean one should give up on their dreams.

"There are many tennis playing mothers who have done really well in the past as well, whether it was Kim Clijsters or Serena Williams today. They are definitely inspirational in many ways but I always believe that we being pregnant like a lot of people think is not the end of your world, its the beginning of your world, of your life, you should not give up on your own dreams just because you have a child, that is one of my inspirations to get back," Sania said in an exclusive interview with WION.

"Whatever I wish to do in my life whether it is playing tennis or anything else that I love, I don't think having a child should hold me back," she added.

When asked if there is any specific tournament with which she would like to make her return, Sania said she has no 'definite timeline' and first wants to get back to peak fitness.

"Roughly I would like to set end of the year or something, because honestly being pregnant, the whole thing it takes a lot of you, it takes a lot out of your body, to get back to peak fitness I will need some time, right now I am focusing on losing all the pregnancy weight, I start training with my trainer next month, we will see how may body reacts as well, I have no idea how its going to react. I am looking forward to a whole new journey, a new experience with my son and hopefully by the end of the year, if things go well I should be back."

Throughout her career, Mirza has established herself as the most successful and highest-paid female Indian tennis player ever.

From 2003 until her retirement from singles in 2013, Sania was ranked  India's No. 1 player in both the categories by the WTA.

On being asked if it was a tough decision for her to become a parent at the peak of her career, Sania said she felt 'it was the right time'.

"I always wanted to be a parent and a mother. With my knee injury Shoaib and I spoke about it, it was either going to be this year or the next year that we were going to have a baby so we just thought the timing was right and everything turned out well, when we got pregnant we were elated and very happy."

Sania, the former World No. 1 in the doubles discipline, will make her return as a working mom and was in a dilemma when questioned how tough it would be tough for her to play professionally and be a mom at the same time.

Terming it a bit of a hypothetical question, Sania said, "If you ask me as a mother on court yet I don't know...as a mother otherwise of course it is."

"You don't get the amount of sleep that you require, stuff like that is normal with a baby, by the end of the year he will be a little older as well, there will be a pattern to things, eating, sleeping and everything."

Sania, however, concluded the interview, saying it would be nice to travel for her tournaments with a new member, her son, on board.

(Kavya Nath is an Associate Producer, Sports with WION)