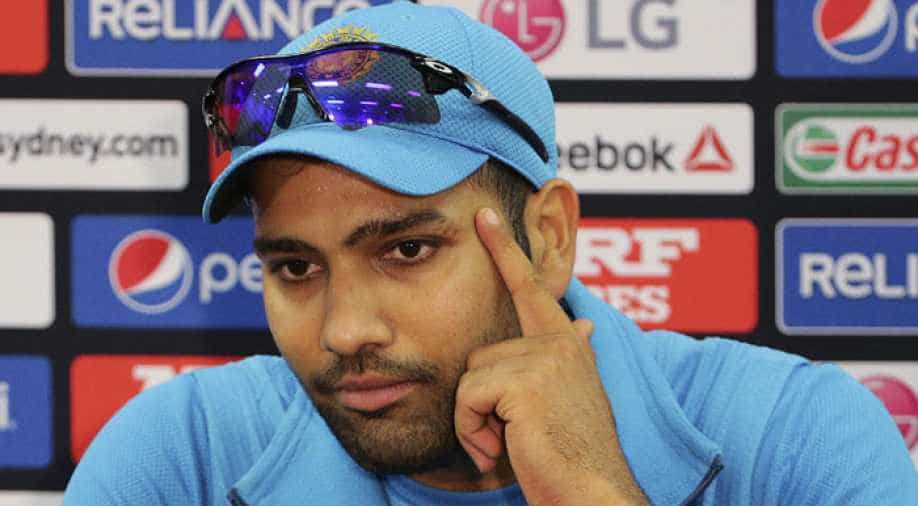 Dinesh Karthik clinched an almost next to impossible win for India after he smashed a last-ball six to seal the Nidahas Trophy title on Sunday.

The wicketkeeper-batsman played a thrilling knock of 29 runs of just 8 balls, with the last ball becoming a lifetime memory for Karthik and the rest of the world.

With just five runs needed off one delivery, the spectators in the crowd and viewers had their eyes set on Bangladesh pacer Soumya Sarkar and Dinesh Karthik.

But the case was completely different for Indian skipper Rohit Sharma who missed out Karthik's sensational six.

When asked the reason for missing the main ball of the final T20 match, Rohit revealed that it wasn't a deliberate miss.

“But the way we celebrated in the dressing room, I knew Dinesh had hit a six and we had won the final. I didn’t watch the last ball,” concluded Rohit.

However, the skipper lauded Karthik's ability to handle pressure, saying, "he has batted in that position in a list of games for his state teams. Even when he was playing for Mumbai Indians (in the Indian Premier League) with me, I knew his ability with the bat.

Dinesh, who played at an average of 362.50, hit a six over extra cover to finish the job in emphatic style.

Some even compared his winning stroke to former Indian skipper MS Dhoni, who is regarded as the best finisher in the cricket world.

The right-handed batsman was also honoured with the man of the match award for his splendid innings.