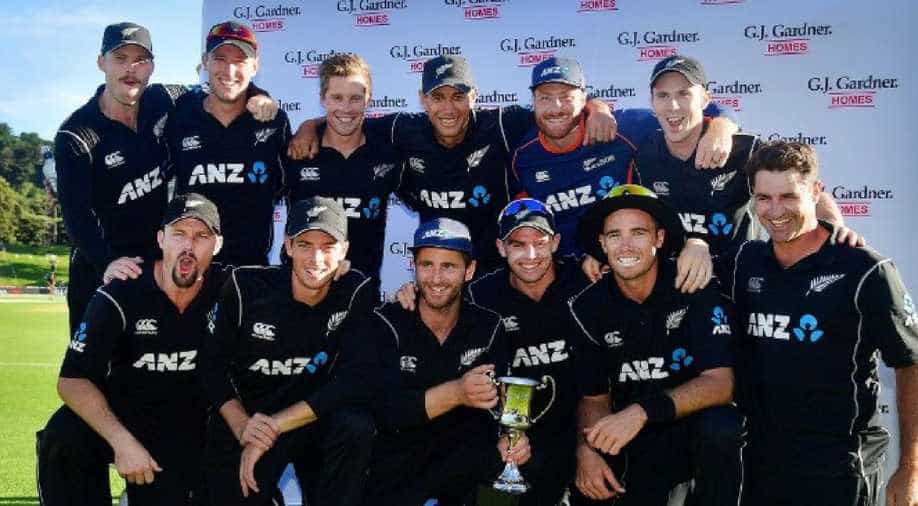 A century to Martin Guptill helped the Black Caps set a 272 total that proved too much for Pakistan after Matt Henry tore through their top order.

Pakistan was all out for 256 with one over remaining.

It is only the third time Pakistan has been on the wrong end of a 5-0 ODI clean sweep after they succumbed by the same margin to Australia in 2010 and the West Indies in 1988.

New Zealand has won by a 5-0 margin only once before when they hosted the West Indies in 2000.

The result extends New Zealand's winning streak in all forms of the game to 12 matches, a record for the team, and means they are undefeated at home since March last year.

Pakistan captain said his side, particularly the batsmen, had failed to take their chances.

"The main thing is the batting has not clicked throughout the whole series, that's why we lost," he said.

"The bowling unit was very good sometimes. We had opportunities but we didn't grab them."

New Zealand wrapped up a whitewash in the #NZvPAK ODI series, but were made to work for it thanks to some lower order hitting.

The target should have been achievable, given the short boundaries at the Basin Reserve, but speedster Matt Henry ensured Pakistan made a disastrous start.

Called up to give Trent Boult a break, Henry made the most of his opportunity to take three wickets in three overs and skittle the tourists' top order.

He ended with figures of four for 53, while spinner Mitchell Santner took three for 40.

Pakistan slumped to 57 for five before Haris Sohail and Shadab Khan combined for a 105-run partnership that steadied the innings.

It ended when Sohail tried to loft the ball over the fence but misread Santner's slower delivery and instead offered Henry a straightforward catch.

His departure on 63, with Shadab following soon after on 54, seemingly ended Pakistan's faint hopes of victory.

But the tail wagged as Faheem Ashraf (23), Aamer Yamin (32) and Mohammad Nawaz (23) all made late cameos that left the tourists on nine for 249 and needing 23 off the final two overs.

The lack of wickets ultimately proved costly when Rumman Raees was dismissed with six balls remaining.

Earlier, Guptill scored his 13th ODI century, combining with Colin Munro to give the hosts a flying start before Rumman Raees helped spark a mini-collapse, taking three for 67.

Munro racked up 34 from 24 balls before edging Rumman to Mohammad Nawaz.

While Munro's departure slowed the run rate, Guptill was content to steadily accumulate.

He lost a life on 72 when he slipped over mid-wicket and Faheem Ashraf missed the stumps as the batsman scrambled back to the crease on his hands and knees.

It gave his innings greater urgency and he brought up his century off 125 balls, including 10 fours and a six.

After a frustrating morning, Pakistan's attack enjoyed some late success when they took four wickets for 12 runs.

Guptill was dismissed soon after he reached triple figures and Faheem clean-bowled Ross Taylor to end a threatening knock on 59.