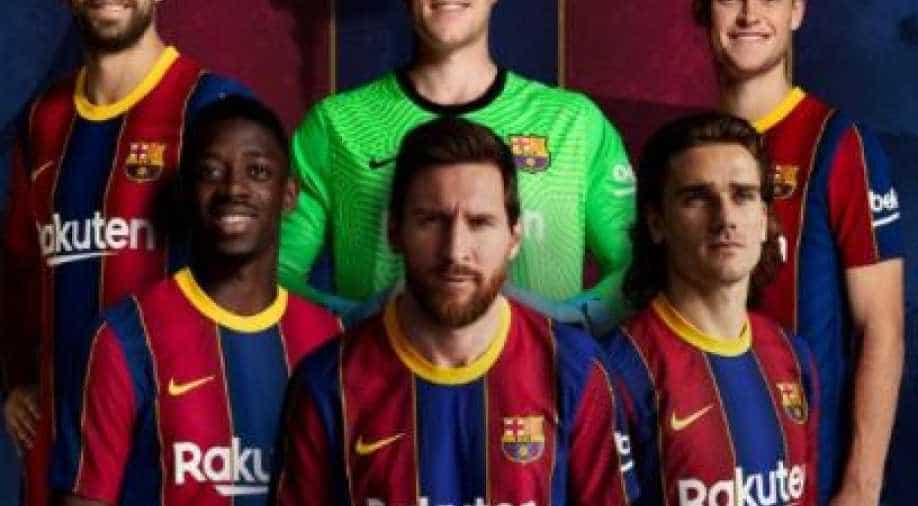 Lionel Messi's decision to leave his club has sparked off a massive controversy involving the club's top brass.

FC Barcelona launched their new 2020-21 Stadium kits for sale today. The club took to Twitter to announce this news with a poster that featured players donning the new jersey.

However, Messi's presence in the poster raised a lot of questions and left the netizens puzzled. Some of the users were against the player's presence on the poster.

Lionel Messi's decision to leave his club has sparked off a massive controversy involving the club's top brass.

Last week, the player sent a buro-fax to Barcelona asking them to allow him to leave for free, as per an existing clause in his contract. However, Barcelona refuses to listen to Messi and are firm that the EUR 700 million release clause is still active and if the Argentine maestro has to leave the club then the full amount needs to be paid.

Even La Liga jumped in between and issued a statement agreeing to Barcelona’s stance as the Spanish league said that the full release clause needs to be paid by any other team if they want to acquire Messi’s services.

Here are the reactions:

Remove Messi from the posters and stop using him for clout

Wow, you really thought of putting Messi's pic on this? :P