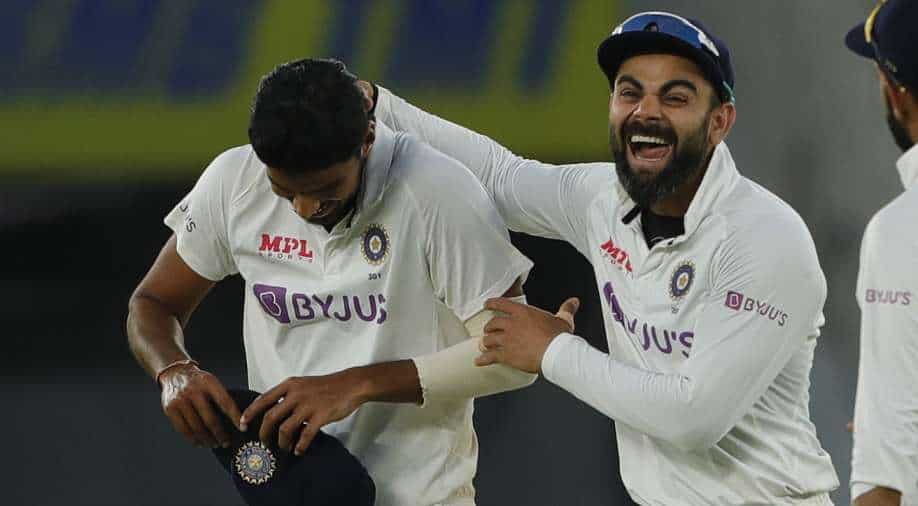 Twitteratis reacted to India's massive win over England. While most of them congratulated Team India for the win, there were few who questioned the pitch and the length of the match.

India go 2-1 up in the four-match series after beating England by 10 wickets at the brand new Narendra Modi Stadium on Thursday.

Twitteratis reacted to India's massive win over England. While most of them congratulated Team India for the win, there were few who questioned the pitch and the length of the match.

Take a look at some of the reactions on social media:

India were better. Players with better skillsets and temperament always shine. A 1.6-day test match from the newly built #MoteraStadium.#INDvENG

Last Indian to finish a Test match with a six against England #INDvENG pic.twitter.com/0o3ZMacSP9

what about the people who bought tickets of Day 3,4 and 5 of Test Match #INDvENG

Not at all a competitive pitch.#INDvENG

This is for the second time that Team India have beaten a team within the first two days of a 5-day match. Before this, India defeated Afghanistan within two days in 2018.

Ashwin and Axar bowled 30 overs in tandem and picked up nine wickets. Washington Sundar was given his first over of the match and the youngster scalped a wicket in his fourth delivery to bundle out England for just 81.

With a target of 49 onboard, Indian openers Rohit Sharma and Shubman Gill played their strokes and finished the match in the third innings of Day 2.