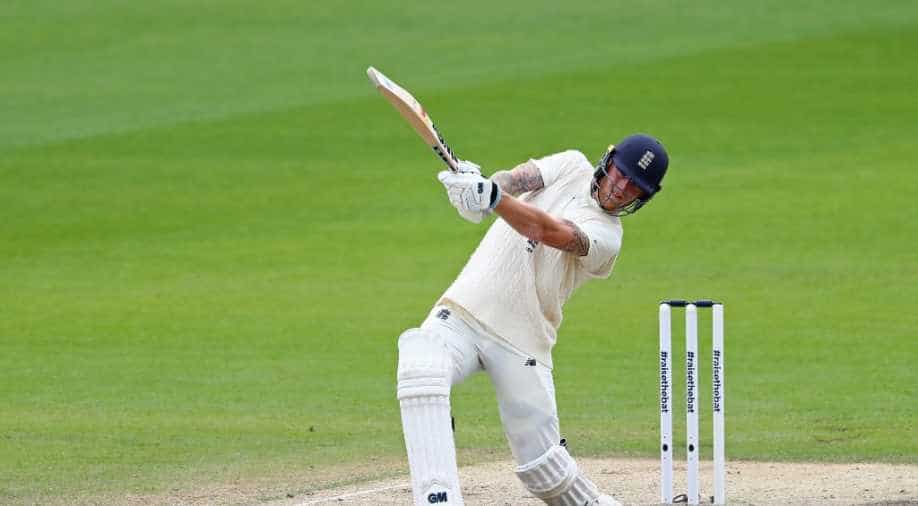 Ben Stokes has played a major role in both innings, he scored 176 runs in the first innings helping England declare at 469-9.

Ben Stokes' power-hitting helped England set a target of 312 for the West Indies at Old Trafford on Day 5 of the second test.

The star all-rounder promoted himself to open the innings for the hosts. Stokes scored 78 runs in just 57 balls and his innings included four fours and three sixes taking the total score to 129/3 declared in their second innings.

Ben Stokes has played a major role in both innings, he scored 176 runs in the first innings helping England declare at 469-9.

England will plan to scalp all wickets before the day ends, however, if the West Indies, who won the first Test at Southampton by four wickets, avoid defeat they will retain the Wisden Trophy following a 2-1 series victory over England in the Caribbean last year.

For All Those Saying Ben Stokes Needs To Perform Outside Home & In Asia...

Stokes Has Test Centuries In:

In this game, Ben Stokes has scored 254 of the 443 runs while he has been at the crease (and been dismissed once). He scored his slowest Test century, then the fastest Test fifty by an England opener. What a player.

Are we at the point now where we can safely call Sir Ben Stokes the best player in the world? #ENGvWI pic.twitter.com/QueaEQw0pe