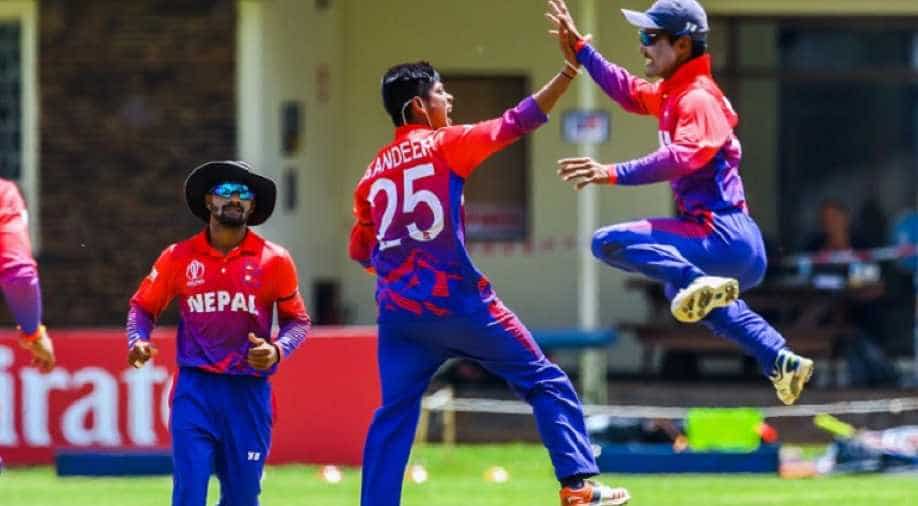 Nepal on Thursday scripted history after they climbed the one-day international (ODI) mountain for the first time in their history.

Nepal have achieved ODI status for the first time in their history and a lot of people were very happy about it.

Nepal, Hong Kong, and PNG were locked in a three-way battle for the last remaining ODI status and it was the Nepalese side which emerged triumphant.

Nepal's bowlers, Sandeep Lamichhane and Dipendra Airee took four wickets apiece to lay the platform for the comprehensive win and dismissed their opponents for 114 in just 27.2 overs.

Re-live the game that brought your side ODI status for the first time, and hear just how much it means to captain Paras Khadka

Meanwhile, it was another disappointing batting display from PNG, who have now been bowled out for 200 or fewer in four of their five matches in the competition.

The defeat confirms they will lose their ODI status.

After the victory, a delighted Nepal skipper Paras Khadka took to his Twitter to thank fans and countrymen for their support.

Thank you everyone for the support..Just been years and years of toil,persisitance,sacrifices,commitment and hardwork..Finally WE BECOME An ODI nation..
Congratulations to everyone who has been part of Nepal cricket's incredible journey ..
God Bless..!!!

Nepal have had to overcome amazing odds both on and off the field to achieve this remarkable feat.