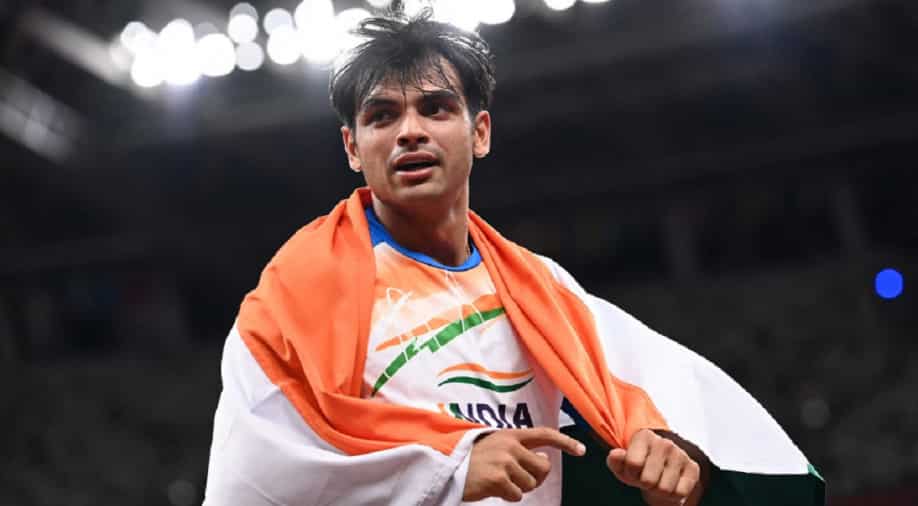 Neeraj Chopra clinched his first gold medal of the year 2022 with his best throw of 86.69m at the Kuortane Games on Saturday (June 18).

India's golden boy Neeraj Chopra continued his stellar run at the Kuortane Games in Finland on Saturday (June 18) as he clinched his first gold medal of 2022. After winning a silver medal at the Paavo Nurmi Games earlier this week, Chopra finished on top of the podium at the Kuortane Games with his best throw of 86.69m. The Tokyo Olympics gold medallist was up against world champion Anderson Peters of Grenada among others and came out on top.

Taking part in just his second tournament after the Tokyo Olympics last year, Chopra came up with a throw of 86.69m in his first attempt at the Kuortane Games on Saturday. He later made a foul in his second attempt before having a nasty fall in his third attempt.

In rainy conditions on the field, Chopra fell during his third throw but was fortunate to avoid any major injuries. It appeared to be a nasty fall but the Indian superstar was quick to get back on his feet to indicate he was fine. His first attempt of 86.69m was enough to pip his opponents Peters and Trinidad and Tobago's Keshorn Walcott to help him clinch the elusive gold medal.

Neeraj Chopra Silver earlier this week with a national record, a GOLD now. Solid comeback from the Olympian #KuortaneGames | #Athletics

While Chopra managed to bag the gold medal, Walcott finished second with a throw of 86.64m. Reigning world champion Peters could only manage to reach 84.75m in what was his third and the best attempt in the final. Chopra's gold medal at the Kuortane Games is his first of the year and the first since the Tokyo Olympics last year.

He had become the first Indian to win a gold medal in athletics at the Tokyo Games last year to script history. Earlier this week, he returned to action at the Paavo Nurmi Games in Finland where he broke his own national record with a strong throw of 89.30m.

However, his mighty effort was not enough for him to secure a gold medal in the competition as he managed to bag a silver medal. Nonetheless, it has been an emphatic return for the Olympic champion, who will next be seen in action at the Diamond League in Stockholm beginning on June 30.